It’s not everyday that archaeologists can boast a discovery such as this one: the finding of a fully-intact archaeological site dating back 4,500 years. That is exactly what happened in the pyramid fields of Abusir, Egypt, where Czech experts recently opened a tomb belonging to an Egyptian dignitary. Czech experts revealed the news just a few days ago, having first thoroughly documented the state of the chamber back in November. According to experts, such a find has not been seen in 50 years. 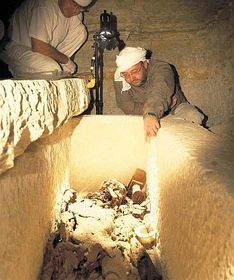 Miroslav Bárta at the sarcophagus with the remains of Neferinpu, photo: Czech Institute of Egyptology Czech Egyptologists have long enjoyed an impressive reputation for their work in Abusir, Egypt, but even they admit one doesn’t make a find such as this one everyday: the uncovering of an intact tomb going back 24 centuries BC. The head of the on-site team, Miroslav Bárta, told journalists that the opening of the bricked-up chamber, found at the bottom of a 10-metre shaft, immediately brought to mind experiences of Indiana Jones, but he added that a feeling of responsibility for the site’s careful preservation immediately set in. Radio Prague spoke to the head of the Czech Institute of Egyptology, Ladislav Bareš, who confirmed the recent find was immense:

“There are not so many finds of this type. Such finds, intact burial sites from the Old Kingdom from the 3rd millennium are very rare and they give very good insight into the behaviour and habits of Egyptians at that time. The burial chamber was found completely intact, that means the same state as when it was first sealed 4,500 years ago.”

In the four-by-two metre chamber experts found a sarcophagus with the skeletal remains of a priest who lived in the time of the Egyptian Old Kingdom. Named Neferinpu, he was a member of the Egyptian middle-upper class. Also uncovered in his death chamber were the remains of relatives, as well as jewellery, ornaments and burial artefacts which survived the ravages of time. I asked Ladislav Bareš what the Czech Egyptologists know about Neferinpu – the tomb’s main inhabitant: 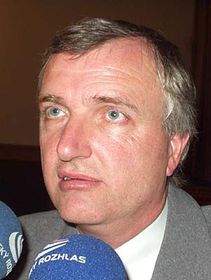 Ladislav Bareš “He was one of the attendants in the Royal mortuary cult and he also had some functions. He wasn’t too highly placed a dignitary but he was still part of the Egyptian elite at that time, definitely.”

Using computers, Czech specialists now hope they will be able to produce a complex 3-D scan to reveal the secrets of the lost chamber, and even to map how its inhabitants, especially Neferinpu, who was 50 when he died, appeared in life. That should be a project well-worth looking forward to. Certainly, says Ladislav Bareš, there is little doubt the latest Czech research will help advance knowledge of life in ancient Egypt.

“This will help us to reconstruct their way of thinking, how Egyptians lived, how they buried their dead and how they prepared themselves for the afterlife, which was always very important for them.” 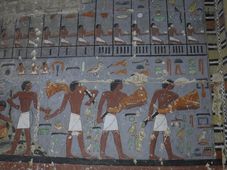 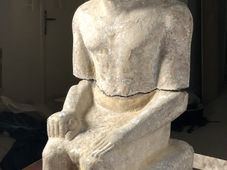 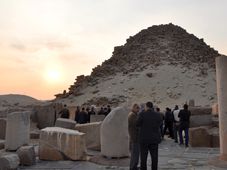 On Monday, officials announced that Czech archaeologists had made a remarkable discovery at Abusir, near Cairo, unearthing parts of…