Sunday saw one of the biggest successes ever in Czech cycling: 22-year-old Roman Kreuziger won the 10-day Tour de Suisse or Tour de Switzerland after building a commanding lead in the final time trial. It is the first time a Czech cyclist has won a Pro Tour race. The young Czech will now set his sights on the most gruelling race of all, the famous Tour de France. 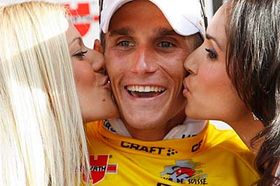 Roman Kreuziger, photo: CTK Czech cycling fans have long pinned their hopes on the young Roman Kreuziger, at 22 the winner of the Tour de Switzerland. He clinched Saturday’s 25 kilometre time trial in the mountains in 1 hour 22 seconds to virtually seal the deal and on Sunday completed the race with an overall time of 35 hours 43 minutes and 46 seconds - edging second-place Kloden by a little less than a minute. Despite his show of strength in the Swiss tour, Kreuziger has been modest, telling public broadcaster Czech Television on Tuesday that he was still coming to terms with the significance of his victory (the first win by a Czech in the race’s 70 year history). 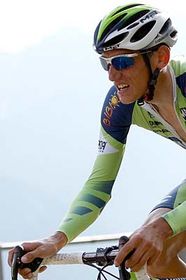 Roman Kreuziger, photo: CTK “It still hasn’t sunken in. Of course I know the win was big for Czech cycling and also abroad. The international media took note that someone as young as I as able to beat Kloden in the trial and so on.”

Now, many observers are saying Kreuziger could make a great run in the Tour de France, arguably the world’s toughest race: 21 torturous stages over three weeks. Nine in the mountains, ten on the flats and two time-trials. Kreuziger has said he gained experience as a professional over the last three years but made clear he was keeping things realistic.

“Of course a lot of people might be putting me in the role of one of the favourites but my feet are firmly on the ground. It’s important to realise the difference between a ten day race and three weeks. First, I want to see how the first ten days in the Tour go. After ten days we’ll see whether or not there will be a shot at a place in the standings. Or, whether the focus will be on breakaways in individual stages instead.”

Even winning a single or several individual stages in the Tour de France is highly respected. But naturally fans of Czech cycling will be hoping Kreuziger will go even further and have a shot at winning the entire race. The Tour de France begins on July 5. 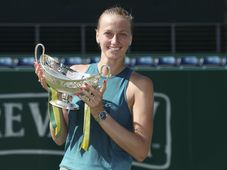 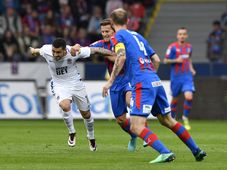 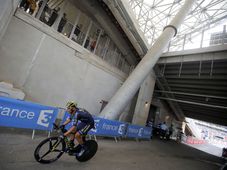