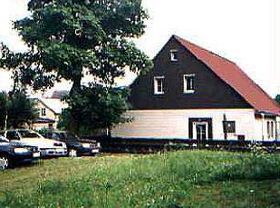 A typical Czech chata The Slovak authorities have sold some of the land on which the cottages stand - without giving their Czech owners first right of purchase. The owners have turned to the Czech government for help -and subsequently been advised to turn the matter over to a Slovak court, since their property is no longer on Czech territory. We asked political analyst Vaclav Pinkava whether he thought that in this case, the government had a moral duty to assist the Czech cottage owners.

Vaclav Pinkava: Well, I'm not sure that their case is really that different from anybody who has a leasehold on land rather than a freehold. I think it is not actually relevant that the cottages are in Slovakia as opposed to the Czech Republic because the Czech region to which they might have belonged could easily have also sold the land to a private individual and the fact that it's the Slovak government that's done that or the Slovak regional authority rather than the Czech one makes no difference ..."

Radio Prague:Yes, but by our law - if the Czech authorities had actually still had this land - then these people would have had first right of purchase.

VP: Yes, that's true. It is also true that you can't sell the land as such -and I'm not sure that Slovak law is any different . I don't think there's a little mini state now between the Czechs and the Slovaks owned by this individual who has bought the land. It is still part of a sovereign country and in that sense they should be appealing to the Slovak authorities not to the Czech ones because they happen to be using cottages which are in Slovakia. These people are no different to any European who owns a cottage by the sea in the Algarve or something...If you have a holiday home in another country ... what is an issue is how it came to be in another country.

RP: Well, exactly. These people did not buy property abroad. They bought it in Czechoslovakia, they bought it in their homeland and they didn't envisage these problems I am sure.

VP: Yes, that is precisely it. They didn't buy it in the Czech Republic either. They bought it in Czechoslovakia and then it became two countries and the line was arbitrarily drawn on the wrong side for these particular people. In their shoes I would take the Czech government to court for giving away to Slovakia that bit of land and that's where I would have my grievance but that cannot be tried anywhere else except in an international court .It is something that would be very expensive to take to court and I think they should look for international funding from some legal benevolent organization which is looking to win the case and pocket a huge legal fee in the process. Under threat of such court action I could then imagine the Czech government stepping in and doing something along the lines of scenario A -i.e. asking for the boundary to be re-drawn. But quite honestly I think that the sensible thing would be for the Czech government to reimburse these people for the cost of moving themselves and building cottages on Czech soil -in order to avoid a court case which I would imagine would go against the Czech government, but that is hypothetical..."

Well, that is certainly not the last we'll be hearing of that problem and of course Radio Prague will keep you informed on how the situation develops. 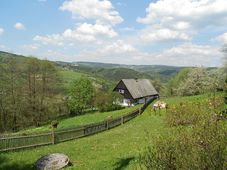 The upswing in apartment and house prices in the Czech Republic has spread to the market for cottages and chalets. Indeed, such recreational… 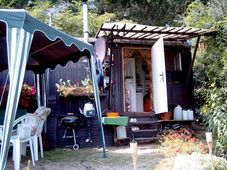 Prices of apartments in the Czech Republic have been growing sharply in recent years, and so have the prices of summer houses. In 2017,… 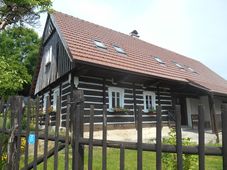 Czechs are increasingly interested in buying a chata or a chalupa, a cabin or a cottage, in the countryside. According to the daily…