As the new COVID-19 coronavirus spreads from China to countries around the world, scientists are intensifying efforts to produce an effective cure. Among the most promising drugs so far is Remdesivir, which was originally developed to fight the Ebola virus. One of the people behind its development is the Czech biochemist Tomáš Cihlář. 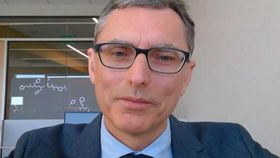 Czech biochemist Tomáš Cihlář, vice president of Virology at Gilead Sciences, is involved in the development of the potential treatment of Covid-19. He outlined the details for Czech Radio:

“We have recently launched two clinical trials directly in Wuhan, the centre of the epidemic. “The first one focuses on patients in more critical condition, who have a more serious infection and need help breathing or have a low saturation of oxygen in their blood.

“It currently involves between 130 and 140 patients, and our goal is to enrol some 400 patients.

“The second study involves patients with a more moderate course of the disease, who have developed pneumonia but don’t need breathing aids. This trial includes several dozen patients so far.” 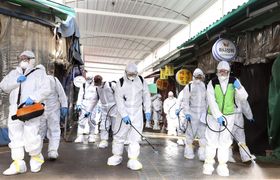 Photo: ČTK/AP/Lee Jong-chul The experimental drug Remdesivir was originally developed to treat Ebola. However, it subsequently demonstrated some success in treating MERS and SARS, two viruses similar to the Wuhan coronavirus, in animals.

According to Mr Cihlář, the treatment used for the new coronavirus is similar to the one used when testing Remdesivir during the Ebola epidemic in Congo.

“The patients get an infusion once a day, which takes about 30 minutes. The whole treatment lasts for 10 days. We hope that during that time we will be able to determine what kind of effect it has on the course of the illness.”

The world’s first patient treated with the experimental Gilead drug was a US national who fell ill in mid-January after returning home from Wuhan. He was administered the experimental drug after showing signs of developing pneumonia. 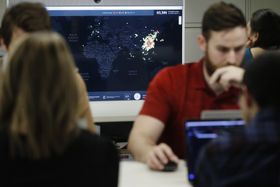 Photo: ČTK/AP/Steven Senne “Within two days after receiving the drug, his state had rapidly improved. The fever was gone, breathing problems were much less severe and in the end the virus was not detectable.

“However, it’s important to say that we cannot draw conclusions based on just one case about the effect of the substance on a wider population. This is why we are carrying out clinical trials, which include some 700 patients.”

The new coronavirus strand has so far infected more than 80,000 people globally and killed more than 2,700 people, most of them in China, where the outbreak began in December. The virus has spread to more than two dozen countries, including Spain and Italy. In the Czech Republic, no-one has tested positive for coronavirus so far.

According to Gilead Sciences, the preliminary results from its clinical trials testing potential treatments for the COVID-19 coronavirus could be announced within a few weeks.