This Saturday a Czech artist living in the UK is set to revive an ancient British custom in a suburb of Birmingham. Tereza Bušková will lead hundreds of people in “clipping the church”, which centres on the formation of an outward-facing ring around a place of worship. Bušková will add a Czech flavour to the event, decorating the church with ornate Bohemian pastries that will also be carried in a procession. On the line from England, the artist discussed the unusual project. 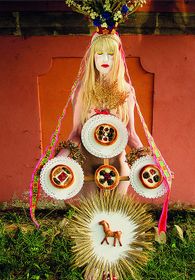 Photo: archive of Tereza Bušková “As an artist I explore and celebrate customs, mainly from Slavic countries.

“So for the first time I have been looking into an English custom, a custom that used to happen here in Birmingham and is almost forgotten; not many people have heard of it.

“I think it will be quite something to bring this back to Birmingham and celebrate traditions with people, celebrate customs.

“And also to try something new. I’m going to be making these amazing celestial crusts, which is a Bohemian fried pastry rolled in vanilla sugar.

“They will be carried in a procession on a wooden plinth, for people to try later.

“Obviously I’m sort of reinterpreting this tradition as an artist, so the clipping of the church will be revitalised in a new creative, artistic way.”

Who will be making up this living garland of people at the St. Barnabas Church in Erdington?

“Anyone, really. I’m hoping that the most participants will come from Erdington, where it’s taking place. 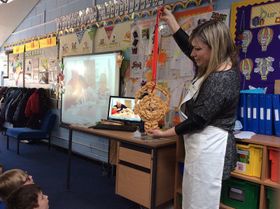 Tereza Bušková, photo: archive of Tereza Bušková “And most importantly I will have my family coming from the Czech Republic. It’s fantastic that they can join me on this important day.

“The custom is linked to Mothering Sunday and I’ve been reading about it back in history: Young children who had been sent away as apprentices to work in families only had one, two days off during the year to be reunited with their families, to return to the mother church.

“These children would be reunited in the local church with their families and later on they would clip together.

“So there’s a very strong link, because I haven’t seen my mother for a year now and it’s amazing she will be here for this important thing.”

You mentioned Mothering Sunday. Is there any other significance to the timing? I read on the website of this project that there may be some connection to the upcoming Brexit vote?

“This is all happening two weeks before the EU referendum. But I just want to say that this wasn’t planned.

“I’ve been working on this project for a year and a half now, and it just happens to be two weeks before the vote.

“But I think it’s fantastic timing. I’m definitely voting to stay in the EU. 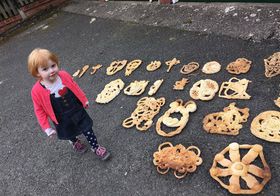 Photo: archive of Czech Centre in London “I think it’s very important and we need to stick together. I don’t think separation would do any good – it never did any good in the past.

“It’s really important that this is happening now, I think. Because we can unite; we can hold hands with strangers.

“I want people from any background, any religion, to come and celebrate this custom with me.” From Morning till Night and more 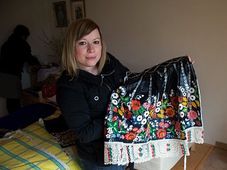 My guest in One on One today has been described as a ‘young Czech Matthew Barney’ and a ‘rising star’ on the London art scene. Since graduating from…