March 21st is the International Day for the Elimination of Racial Discrimination and to mark the occasion organisers from Opona, a non-profit NGO, have helped put together an exhibition, screening and concert to take place on Wednesday afternoon and evening at Prague’s Lucerna. Several notable Czech artists, including Ester Kočičková Xindl X, and the Tap Tap are taking part. 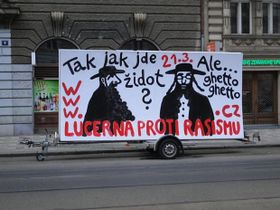 In parts of the Czech Republic racism remains a difficult and persistent problem, most recently in the Šluknov area in northern Bohemia, where anti-Roma rallies were organised with alarming regularity last autumn by right-wing extremists. As a result, a recent study published by experts at Masaryk University found, rhetoric usually used by neo-Nazis was finding greater currency among some residents, including local politicians. To send a signal against hatred and intolerance on March 21st, Opona has put together a number of events at Prague’s Lucerna theatre, café, and music bar just off of Wenceslas Square. These include an exhibition, a film screening and concert. Radio Prague spoke to Opona’s Pavla Kantnerová:

“We got in touch with the group the TAP TAP, whose members are disabled, and have experience with prejudice or discrimination, if not racism, of their own. Ester Kočičkova will take to the stage to perform her “Aryan folk song” which has the chorus ‘Thank goodness they always serve us blondes’!

"Another guest will be singer Tonya Graves with a new version of Michael Jackson’s Black or White, and last but not least there will be performances by Jarda Svoboda from Traband and Markéta Krausová from Láska vole who will sing songs about prejudices which we live with. Xindl X will also perform material.”

Also in Wednesday’s programme are two screenings of The Last Flight of Petr Ginz – the story of a remarkable Czechoslovak Jewish boy who died in the Holocaust whose story has become known to millions. Pavla Kantnerová again: 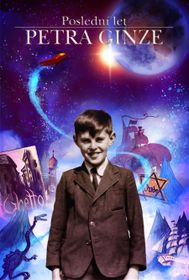 The Last Flight of Petr Ginz “Petr Ginz was a very talented young man: at 14 he had completed many pictures and paintings and wrote stories and several novels, reflecting life under the Nazis, one of which was allegorical. In 2003, his story became more widely-known when Israel’s first astronaut took one of his drawings with him to space aboard the space shuttle. Upon return, the shuttle, the Columbia, suffered disaster and was destroyed. All those aboard, and of course the picture, were lost. It also happened on what would have been Petr Ginz’s 75th birthday. The story led to his diaries being rediscovered and as a result this film was made.”

If you’re interested in either the screening or the concert at Lucerna on Wednesday, visit oponaops.eu. 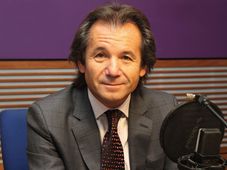