On Friday, Scottish composer Geraldine Mucha passed away in Prague, which has been her home for most of the past 70 years. Author of numerous musical works, large-scale orchestral pieces, variations on folk songs and chamber pieces, Geraldine came to post-war Czechoslovakia with her husband Jiří Mucha, the son of the famous artists Alphonse Mucha. For the past twenty years, she has been the keeper of her father-in-law’s legacy, but her life’s pursuit of music also helped pave the way for female composers of the younger generations. 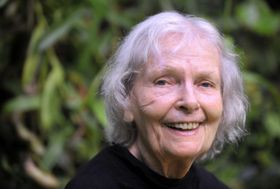 Geraldine Mucha, photo: CTK Geraldine Mucha, neé Thomsen, began improvising on the piano even before she entered school in London. Born in 1917, she chose a path that was rarely taken by the women of her generation, choosing to study composition with Benjamin Dale at the Royal Academy of Music.

It was while she was a student during World War II that Gerladine met her future husband, writer and journalist Jiří Mucha, who is the son of Art Nouveau artist Alphonse Mucha. Before arriving in Britain, Jiří served briefly in the Czech legion in southern France prior to the Nazi invasion. In an interview she gave to Radio Prague in 2005 Geraldine described how the two first met while looking for a house in Leamington Spa where a party was being held:

"Outside that house there was a young man in a French uniform and he had been invited to a party, and so we decided that this is obviously a party, so we all three went in. So this young man - that's my husband you see, so I say I picked him up in the street! "

Geraldine moved to Prague with Jiří in 1945, making the city her home for most of the next half century. 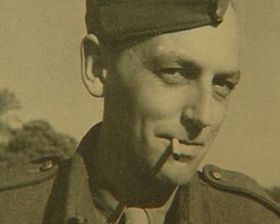 Jiří Mucha, 'Ředitel zeměkoule' documentary by Czech Television Although in London she had met prominent composers of the time, such as Sir Arnold Bax, William Alwyn and Alan Bush, Geraldine preferred the classical music scene in Czechoslovakia to the one she left behind in Britain. Although it was impossible to earn a living exclusively from composing, she kept up with her passion and had some of her pieces performed by the Czechoslovak National Philharmonic, among others. She remained, though, utterly modest about her work, often speaking of the emotional escape that composing provided her during difficult times.

Indeed, Geraldine’s life in communist Czechoslovakia was not without hardship, often made worse by the so-called bourgeois roots of her husband’s family. Having been forced out of the family house Alphonse Mucha had built in Prague, and soon after facing her husband’s arrest and internment in a uranium mine for almost four years, Geraldine did not regret immigrating to Czechoslovakia. And although she moved to Scotland in the 1970’s for the sake of her husband’s pursuits, the Muchas came back to Prague right after the fall of the communist regime in 1989.

After Jiří Mucha’s death two years later, Geraldine and her son John Mucha continued his work on promoting Alphonse Mucha’s legacy. In 1992, mother and son established the Alphonse Mucha Foundation and a few years later helped found the Mucha Museum in Prague. A large part of the museum’s collection is made up of paintings and items that were preserved in the family home in Prague’s Hradčany. In an interview with Radio Prague two years ago, John Mucha spoke of how his mother courageously defended the family heirlooms from the Czechoslovak secret police: John Mucha in '13. komnata' documentary by Czech Television “It’s interesting, what a lot of people don’t know is that if it had not been for my mother, we would not be sitting here today. In 1950 or so my father was arrested and accused of espionage, falsely. Of course the secret police came to confiscate everything. My mother said, very bravely, I’m sorry, all this is mine, and I’m a British subject! And they didn’t expect that. They sort of became uneasy and then they said, we’ll go, but we’ll come back. And they never did.”

Geraldine celebrated her 95th birthday this past July, and the last performance of her work took place only a few weeks ago at Prague’s conservatory, where the Hradec Králové Philharmonic Orchestra performed some of her compositions from the 1960’s and 70’s. A memorial service for Geraldine Mucha will be held on 22 October in Prague’s Strašnice cemetery. 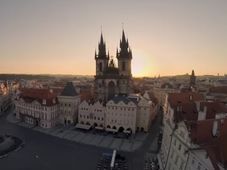 There have been a number of time-lapse videos and would-be viral commercials making use of Prague’s beauty in recent times. But to… 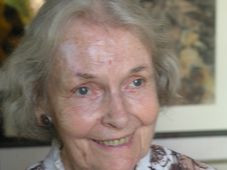 Remembering Geraldine Mucha: a Scottish composer in Prague whose work and spirit will live on

The death on October 12 of the Scottish composer Geraldine Mucha at the age of 95 marked the end of an era. Since the end of WWII,… 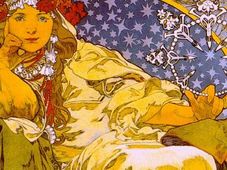