The Czech Republic is a pretty stable place politically - give or take the odd government crisis and vote of confidence now and then. Violence, certainly, is a rare phenomenon in Czech politics, so when it does occur, it causes something of a shock. Thursday's front pages show the bruised and bloodied face of Communist MP Jiri Dolejs, who was set upon in the street by several attackers on Monday evening.

Mr Dolejs was attacked on his way home from parliament on Monday evening. He says three to four men beat him to the ground and kicked him in the head, leaving him with severe bruising on his face and damage to his eye.

The MP says the attack was clearly political, because the three men didn't steal anything and shouted things like "you commie bastard" as they were beating and kicking him. On Wednesday he was well enough to return to parliament, where he spoke briefly to reporters.

"This was a deliberate attack. The people who attacked me used terms to describe the Communists which I have no intention of repeating in the media."

This attack comes just over a month before the elections, so the timing is significant. The Communists have used the assault on Mr Dolejs as ammunition against their political enemies. One of Mr Dolejs's party colleagues said anti-Communist campaigners who print T-shirts with slogans such as "Kill a Communist - Strengthen World Peace" were creating an atmosphere of violence, suggesting there was a direct link between anti-Communist propaganda and the attack on Mr Dolejs. Those claims have been angrily rejected by anti-Communists. As the elections draw near, incidents such as these are bound to raise the political temperature.

While violence is rare in Czech politics, it's not unknown. There have been some two dozen attacks on politicians in the last 15 years. In 1992 the former Communist Party leader Jiri Svoboda was stabbed and injured. Ten years ago, the late Social Democrat MP Pavel Dostal was attacked by two men and slashed with razor blades.

However there have been no politically motivated murders in the Czech Republic's 13-year history as an independent country. Political violence here is nowhere near as serious a problem as further east in the former Soviet bloc. 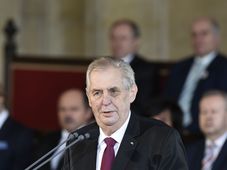 After his re-election as president some six weeks ago, Miloš Zeman suggested he would be less abrasive in office in his second term.…

The sometimes incendiary nature of recent Czech history has once again been demonstrated. Lower house of parliament lawmakers have… 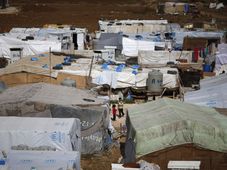