Comenius museum may close due to lack of finance

A museum in the Dutch town of Naarden, devoted to "the teacher of the nations", Czech humanist philosopher Johan Amos Comenius, may close due to a lack of finance. While the Czech government would like the museum to stay open, locals, who bear the main financial burden, need to economise. Finding a solution to the problem is complicated by ownership issues. Comenius museum in Naarden, photo: CTK A museum with a mausoleum dedicated to Czech 17th-century Protestant priest, philosopher and teacher Johan Amos Comenius, located in the Dutch town of Naarden, is a major tourist attraction. The museum and a chapel with Comenius's grave is financed by the local town hall with some contributions from the Czech government. The place is on Dutch property and its maintenance costs some 30000 euros annually. Czechs own and maintain only part of the interior equipment and exhibits and, even though they would like to, they cannot finance the whole memorial because Czech laws ban financing foreign property.

Pavel Popelka, the director of a local museum near Comenius's birthplace, Uhersky Brod, in South Moravia, is surprised that the town of Naarden and its entrepreneurs do not want to invest in the Comenius memorial, which made the town a popular tourist destination.

"I believe a solution will be found so that the memorial will continue to exist. It is good that there is a place where we can present Comenius, his life and work. It could even be developed further as a presentation of various phenomena of Czech culture."

Johan Amos Comenius, born in 1592, in Nivnice, a small village in South Moravia, is sometimes called "the teacher of the nations" for his timeless writings on didactics. A Protestant priest, he had to seek exile outside the Czech lands during the anti-reformist movement in the first half of 17th century. He lectured in many European countries, including England, Sweden and the Netherlands, and education systems across Europe have braced and developed his ideas. Comenius died in 1670 in Naarden, the Netherlands. Pavel Popelka speaks of his legacy:

"Although Comenius lived in a distant period in time, if you read his social reformist theses, you will find that we have not yet achieved what he suggested back then. His teaching methods and education principles have been widely applied across Europe. Many of his ideas, a desire for the democratisation of man, equal rights for men and women, a desire for life-long education, efforts to find a solution to political relations in Europe and in the world, all of these have remained topical until the present day." 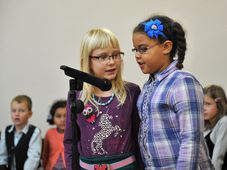 “Den poezie”: Poetry as a guide through the labyrinth of the world

For two weeks from November 12 the Czech Republic will be indulging in a feast of poetry with the 19th annual “Den poezie” poetry festival.…

One of the Czech nation's most beloved sons, Jan Amos Comenius ( 1592-1670 is buried in Holland. This visionary religious leader, theologian, philosopher…