In the years from 1939-1945, thousands of Jewish Czechs and Slovaks fought against the Nazis around the world, some within the armies that were resisting Hitler, and others in the underground. Twenty-six panels of photographs and other archive materials documented their lives and activities at Prague's Chamber of Deputies. The exhibition featured a part of Czechoslovak history that most Czechs know little about.

Bedrich Kopold took part in one of the bloodiest battles fought by the 1st Independent Czechoslovak battalion in the former Soviet Union. The three-day battle at Sokolovo in Ukraine in March 1943 was the battalion's first. While many Czechs are familiar with the story of Sokolovo, few know that some six hundred of the 1,000 Czechoslovak soldiers were Jewish.

"We walked a stretch of 350 km for ten days. We walked at night and slept during the day. We learned to walk in our sleep and our eyes were constantly fixed on the person in front of us, just to prevent us from getting lost - some of us did. There were very harsh conditions. It was a small area and yet the Germans deployed some sixty tanks to fight us."

Most exhibitions covering the fate of the Jews during World War II focus on the Holocaust. We have seen heart-breaking photos of extermination camps and learned about the hard life in the Jewish ghettos from personal diaries. But an estimated 5,000 Jews, men and women, managed to escape and join the resistance. They fought the Germans in Poland, Russia, Spain, France, Britain, the Middle East, and North Africa.

Zlatica Zudova-Leskova, has been studying Jewish involvement in the resistance movement for some fifteen years and was the curator of the Chamber of Deputies exhibition:

"I was surprised to find that many Jewish WWII veterans have photographs and archive material, documenting life at the time, which have not seen the light of day since the end of the war. But now I can understand why. The tragic experience of the Holocaust overshadowed the fact that there were also heroes among the persecuted Jews. People who actively fought in the war."

Both the National Museum and the Military Museum have turned down the request to host the exhibition. That's something Mrs Zudova finds unfortunate; she points out that the exhibition documents a part of Czech and Slovak history that most know little about:

"Visitors will be surprised to see that many Jews did not just hide or were sent off in the transports, but also were involved in numerous secret resistance movements. For example, they managed to find a way - and risked their lives by doing so - to smuggle the Amsterdam Intelligence Team to Slovakia. The team's aims were to report on what was going on, help the allied pilots that were imprisoned in Slovakia get back to their bases, and save the Slovak Jewish community."

Mrs Zudova says a very important role was also played by many Jewish women. They were among the first women to join the Czechoslovak Army; the first two women to join the Czechoslovak Army in the Soviet Union were Jewish, a Dr Engel and another woman called Malvina Friedman. WWII veteran Bedrich Kopold, also has fond memories of the women who fought alongside him on the front:

"In the battle at Sokolovo, thirty-eight of the one thousand soldiers were women. It was unusual at the time. They had snipers, and helped pull injured men out of the line of fire. One Russian general, who was monitoring our operation with a pair of binoculars, couldn't believe his eyes when he saw our women pull a Russian tank driver out of his vehicle and into safety. Our women were very brave and they were very good friends who gave us courage through their own courage - of course we didn't want to make fools of ourselves if the women managed the situation so well. There were many times when some of us got tired and they carried our weapons for kilometres and even treated our blisters. A good few valuable marriages came out of this. I myself met my wife on the front, and we've been married now for 60 years." 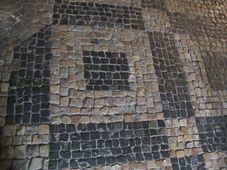