Can ANO’s success in regions carry over to general elections?

The ANO party of finance minister and businessman Andrej Babiš was the clear winner of the regional elections which took place over the last weekend. ANO landed over 21 percent of all the votes, winning in nine of 13 regions contested and pushing the biggest government party, the Social Democrats, into second place. I asked political analyst Jiří Pehe about the implications of Andrej Babiš’s victory: ANO party leaders, photo: CTK “I think that the victory of ANO is an ambiguous message of sorts, because on the one hand it shows that ANO is still the strongest political movement in the Czech Republic and that Andrej Babiš has not lost much of his support.

“At the same time we can see that overall that support was probably what he expected because it was slightly over 20 percent, which is certainly not the kind of support that would make it possible for Babiš to form a majority government easily next year.

“Also, ANO is a rather un-firm movement in which Babiš on the one hand is the supreme ruler but on the other hand we have seen a lot of internal conflicts and fights for power and this maybe actually something that Babiš will have to deal with, if he manages to actually put his people in charge of most of the regions.”

The outcome was a blow for the biggest government party, the Social Democrats, who previously dominated nearly all regional assemblies across the country. Why did they fail to win broader support this time? 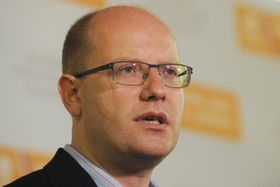 “I think that Social Democratic Party really needs to decide what it wants to be. It has try to be a populist, leftism movement or a party that basically serves older people in small towns and countryside and this is not in line with what we see in most of Western Europe, where Social Democratic Parties are actually parties of urban younger people and they do well in big cities so unless they manage to capture the attention of the young attention they will keep sort of disappearing from the Czech political scene."

What do you see as the biggest surprise of the regional elections? 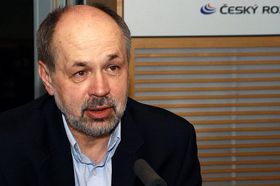 Jiří Pehe, photo: Šárka Ševčíková “Well I think that there are two big surprises. One of them is the fall of the Communist Party, which certainly is something that could have been partly expected but not to the extent in which it happened.

“The second surprise of sorts is that the movements who wanted to protect people from migration, refugees, Islam and so on, that they have not overall done so well. And that is an interesting development given the fact that so many politicians in the Czech Republic were betting on the politics of supposedly protesting the people from various dangers of migration and Islam.” 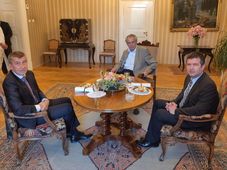 President Miloš Zeman has not made any final decision concerning the replacement of Culture Minister Antonín Staněk, Prime Minister… 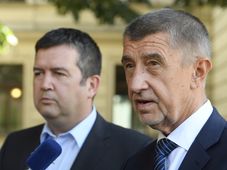 As Europe labours under a scorching heatwave, the Czech government is feeling the heat for very different reasons. The fate of the…