This week saw the completion of a two year restoration project of Villa Tugendhat, a unique functionalist villa in the city of Brno. Its history matches that of Czechoslovakia: repeat occupation, dilapidation and ultimately restoration. 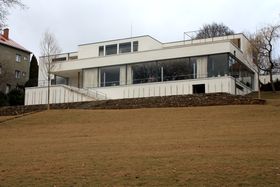 “Dear minister, dear mayor, ladies and gentlemen, dear guests. I dare to say that today is a very special day. Not only for the architecture lovers who are looking forward to this day, but also the patriots of Brno and Moravia. And last but not least, the ones who have already seen the beauty and flawlessness of the Villa Tugendhat, a unique monument of more than world architecture, which has been a UNESCO World Cultural Heritage site since 2001…” The couple fled the country with their children shortly after the 1938 Munich Agreement heralded the beginning of the Nazi takeover of Czechoslovakia. They spent the rest of their lives in Switzerland. In 1939, the villa was confiscated by the Gestapo before later becoming a stable for Soviet troops. In the ensuing years, the villa underwent various modifications, serving as a dance school and children’s rehabilitation centre. In the late 1960s the first renovations took place at the villa, leading to its ultimate opening to the public in 1994. The building is now owned by the City of Brno, although in recent years, descendants of the Tugendhat family have pressed for restitution.

Daughter Ruth Guggenheim Tugendhat was at the ceremonial opening and spoke to Czech Television: Ruth Guggenheim Tugendhat, Daniela Hammer Tugendhat “Our family didn’t just leave this house in Brno and go for a walk, rather they were expelled and threatened. It’s important to keep that historical dimension in mind and remember that this has an important story to tell.”

Her sister Daniela Hammer Tugendhat also reflected on the occasion.

“I spoke a lot with my mother about this house. What I know, based on these discussions, is that my mother loved this house a great deal.”

Speaking at the public opening, Iveta Černá quoted the late Grete Tugendhat as she recalled meeting with architect Mies van der Rohe over discussions prior to the building of the revolutionary house: 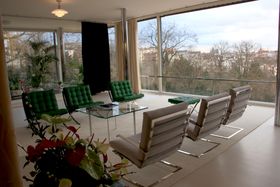 “‘I very much wanted to have a modern spacious home with clear and simple forms. My husband was genuinely mortified by rooms full of figures and placemats as he remembered them from childhood…From the first time we met [van der Rohe] it was clear that he, whose personality had so influenced us, would be the one to build our home. He had a calm, confident manner that was immediately convincing. The way he spoke about his constructions, we felt that a true artist was really standing in front of us. For example, he said that the ideal spaces could not be calculated but that they should rather be felt when we move around or stand in them. Then he explained to us how important it is in an unadorned modern building lacking in ornamentation to use the best materials, which is something other architects at the time were neglecting.’” And that approach - its large iron framework, spacious interior lacking in supporting walls (the architect even factored-in its location relative to the sun) is what has continued to make the Villa Tugendhat, now restored to its original splendour, such a marvel. 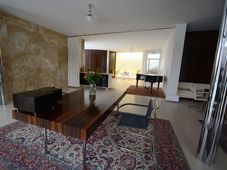 An exhibition about the famous Tugendhat Villa by Mies van der Rohe is currently on display in the City of Prague Museum. The travelling exhibition… 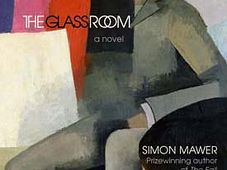 A Czech architectural landmark has provided the backdrop, and indeed central theme, for a book which has been creating a stir in the…