For several weeks now, a brown bear has been roaming the mountain region of Valašsko located in the easternmost part of Moravia, near the Slovak border, approaching villages and attacking sheep at remote farms. Environmentalists are now trying to trace the animal and chase it away from people’s dwellings. 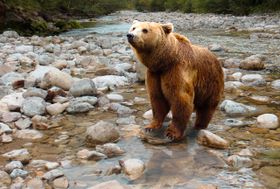 Illustrative photo: Gellinger, Pixabay / CC0 Over the past two weeks, the bear, an approximately four-year-old male, weighing around 100 kilos, covered a vast territory stretching along the Slovak border, overcoming a busy road, a railway line as well as the river Bečva on its way.

Although the occurrence of brown bears is not unusual in the region, they usually tend to stay deep in the forests, away from people, explains František Šulgan from the Beskydy Protected Landscape Area.

“Since 1973 we have always registered some occurrence of bears in the Beskydy Mountains. Most of them live on the other side of the border, in the national park of Malá Fatra in Slovakia. But they tend to push the young ones or the females with cubs away from their territory, across Kysuce to Beskydy in the Czech Republic.

“We have been monitoring a larger bear, which weighs around 150 kilos, roaming the forests along the Czech-Slovak border, but it hasn’t been causing any problems. But this particular bear, a very young one, is quite daring, it moves relatively fast from one village to another and that is rather unusual.”

Since the beginning of September, when the bear first strayed to the Valašsko region, it has already caused considerable damage to property, killing nine sheep and two goats, destroying six beehives and breaking fences in remote farms.

According to Mr Šulgan, the animal has apparently lost its natural fear of people, which makes it potentially dangerous. Nature protectionists are hoping that with the onset of cold weather, the animal will withdraw to the forests.

But in case it doesn’t, they will need to take steps to chase it away and in case that doesn’t work either, set a trap to catch the animal and place it in captivity. Killing the protected animal would only be the very last resort, Mr Šulgan says. 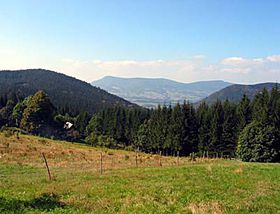 Beskydy, photo: Barbora Němcová Environmentalists from the Beskydy Protected Landscape Area have already advised local farmers on how to safeguard their property. And although the animal has not attacked any human beings, they advise people to remain cautious, in case they encounter the bear. František Šulgan again:

“The main rule is to keep calm and not start running. In this case the bear was after honey, but when it broke through a fence and saw the sheep running away, he instinctively killed them, although he didn’t touch the meat. So he is really quite unpredictable and we definitely advise people to stay cautious.”

A similar case was last registered in the Beskydy mountains in the year 2000. A bear, which had been stealing sheep, rabbits and chicken from farms in the area, was eventually captured and placed in captivity. 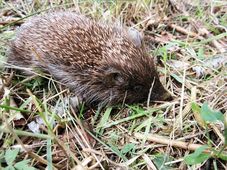 Animal shelters in Czech Republic filling up with hedgehogs

Animal rescue stations around the Czech Republic are filling up with hedgehogs. The animal shelter in Prague’s Jinonice district, for instance,…

Statistics show that the number of collisions with animals on Czech roads has increased markedly in recent years. What is more, experts… 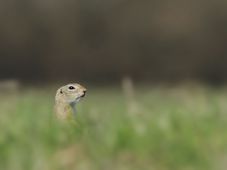 Young UK conservationist: 'ground squirrels are great to work with'

Once a common species in the Czech Republic, the European ground squirrel, also known as the souslik, has become increasingly rare…