A veteran aircraft touched down this morning on Czech soil for the first time in more than 75 years. The Lockheed Electra plane originally bought by the boss of the famous Czechoslovak boot and shoe empire Baťa has just flown in stages from North America and will now be housed in an aircraft museum on the outskirts of Prague. 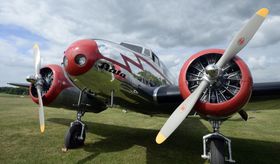 Photo: CTK A dramatic journey at the end of a tumultuous history. On Thursday morning a unique aircraft originally bought for the boss of the celebrated Czech shoe and boot Baťa business empire returned home for the first time in almost 80 years.

The Lockheed Electra plane touched down at Točna airport outside Prague after a staged flight from Canada, Greenland, Iceland, Britain, and Germany which started on May 21. The aircraft has a range of just over just over 1,200 kilometres. For the six-man crew and reconstructed aircraft the test was completed without major problems.

The Lockheed Electra is believed to be the only one of the original 149 aircraft built by the US constructor to have survived and now being air worthy. It has undergone a complete reconstruction in the US with damaged parts of the metal frame replaced, new electrics and avionics installed, and the motors overhauled. The work has taken more than four years at a specialist company in Wichita, Texas. Jan Antonín Baťa, photo: Czech Television The plane was produced at Burbank, California, in 1937 and bought by Jan Antonín Baťa for his personal use and as part of the shoe, boot, rubber, and tires multinational’s promotional and business trips round the world. The plane was a favourite with royalty and the seriously rich of the era. Actually, it appears that the Czech jumped to the head of the queue for the new plane. It had originally been destined for the world famous long distance American aviation pioneer Amelia Earhart but Baťa said he could not wait for delivery. She got another plane and soon after mysteriously disappeared over the Pacific.

Baťa was an enthusiastic exponent of aviation and air travel and the aircraft was used on a business trip round the world.

But Baťa’s European business was already being clouded by protectionism and nationalism. Worse was to follow. Czechoslovakia was partially dismembered by the Munich agreement of 1938 and Nazi Germany marched into the remains in March 1939. The Lockheed Electra was flown out under the noses of the Germans to Poland, Yugoslavia, France, and eventually Britain. It was eventually pressed into service during WWII. After the war it was sold to the Canadian Air Force. Photo: CTK A long series of owners followed including the Hollywood star Margaret O’Brien, a Mexican drugs smuggler, and finally a wealthy Texas doctor. He reluctantly agreed to sell the plane to the Točna aviation museum where it will now be housed and still flown on special occasions. 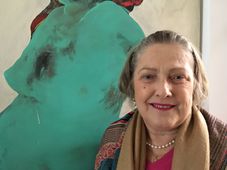 The Baťa family – who built a shoemaking empire in Zlín, Moravia – were perhaps the most important industrialists in interwar Czechoslovakia. One… 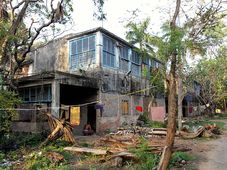 In this week’s Arts, I talk to Karolína Garguláková, an independent filmmaker who, with her husband Lukáš, is producing Baťa Lives…