The very last day of 2005 brought unexpected tragedy to the High Tatra Mountains in Slovakia. Seven Czech climbers died in the early hours on Saturday when an avalanche buried their tents. Only one of the eight-member group managed to dig himself out of the snow and run for help. But it was too late and mountain rescue teams retrieved the dead bodies of six men and one woman in their 20s and 30s. The tragedy raised the death toll of Czech tourists in the High Tatras to twelve in the past year. 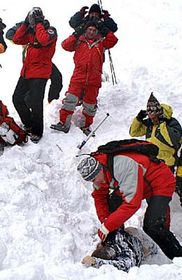 Photo: CTK Czech mountaineers accounted for half of all casualties in the Slovak High Tatras in 2005. The year before, eleven Czechs were killed in the Tatra Mountains. According to local rescuers, Czech tourists tend to underestimate the danger and often ignore regulations, for example by not reporting to the rescue service before they set off on a hike. A combination of these factors probably led to Saturday's tragedy, too. Tomas Frank is a safety expert from the Czech Mountaineering Association.

"As far as I know the group built their tents in an unsuitable location - right on an avalanche slope. They underestimated or perhaps were ignorant of potential risks and this played a key role in the accident." 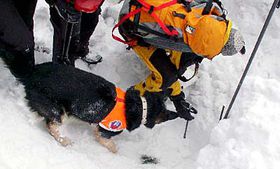 Photo: CTK At the time there was a high avalanche alert. According to Tomas Frank, the High Tatras are the most avalanche-prone mountain range in Central Europe and every year report more deaths than the Alps. The Tatra Mountains are very popular with Czech climbers and off-piste skiers, and attract both experienced mountaineers, who undertake very demanding hikes, and beginners, who often underestimate the risks. That is why the Slovak range has such a large share in the overall number of Czech casualties worldwide. 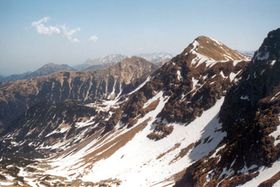 High Tatras "Every year around 30 Czechs die in mountains around the world. Every big tragedy gets a lot of attention and raises the toll suddenly. The death toll on Saturday was the highest since 1970. Last year five people died in a similar accident in Kyrgyzstan. A few years ago five climbers were killed in the Caucasus. Despite those cases, the statistics remain roughly the same every year, and I don't think the numbers of Czechs killed in the mountains are extremely high."

The Czech Mountaineering Association has around 10,000 members, most of whom have undergone at least some basic safety and survival training - which, unlike before 1989, is not compulsory. But as Tomas Frank says, no training can guarantee one hundred percent safety - the mountains can be unpredictable and people do make mistakes. Twenty-five years since the Czech and Slovak republics split in the Velvet Divorce, both continue to share remarkably close ties. Not… 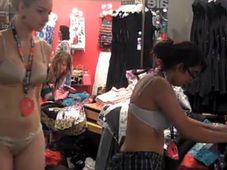 In Magazine: Young Czechs take the Spanish retain chain Desigual by storm stripping down to their underwear for freebies; animal rights’…

Czech national among five killed by lightening in Tatra Mountains

At least five people were killed and over 100 injured in a severe thunderstorm in the Tatra Mountains on the Slovak-Polish border,…