Nuselsky most is one of the Czech capital's most important bridges; it carries the metro to the huge Prague 4 area, as well as providing one of the city's main road connections. But it also has a darker side: it has become notorious for suicide, with hundreds dying here since the bridge was built in the 1970s. The authorities say the problem has recently been getting even worse - and have just announced a new plan to deter would-be suicides.

Nuselsky most carries the Magistrala highway from the centre of Prague, across the Nusle valley to Pankrac. The bridge is quite an impressive structure; completed in 1973, it is almost half a kilometre across and has an average height of 42 metres, though in some places the drop is a fair bit further. One thing is clear - it's high enough that your chances of surviving a fall would be slim indeed.

That's why at least 200 people in the last three and a half decades have chosen to end their lives by jumping off the bridge. In fact, the word many Prague residents associate with Nuselsky most is suicide.

There have been attempts in the past to make it harder for would-be suicides to get over the barriers and jump to their deaths. But they haven't proved the most effective. The head of the Prague rescue services says numbers are actually increasing. In 2006 five people killed themselves by jumping from the bridge, while three have died so far this year.

As well as the human cost, the authorities say suicide attempts cause huge problems for the city. The road is partially blocked and interventions by rescue workers tend to last several hours.

That may all be about to change, with a new plan to curb suicides on the bridge announced this week. By the autumn of this year all along both sides will be fitted with special barriers. They are curved inwards, towards the road, and at the top feature a sheet of metal, rather than a grid, or netting.

That means that would-be jumpers can't get purchase, and therefore can't hoist themselves over the barriers. The new system has been tested by experienced rock climbers, and they couldn't get over it.

That said, some experts believe the harder the obstacle, the more appealing a challenge to some people. The architect who designed the bridge says the most effective solution would be to put a large net beneath the structure - though that would be too expensive. 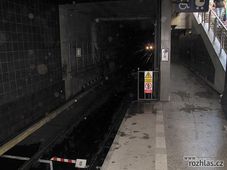 Every day, approximately four Czechs die by their own hands, putting the suicide rate in the country above the EU and global… 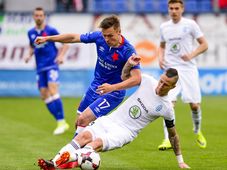 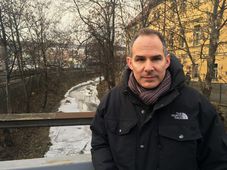 For listeners around the world, Rob Cameron has, as the BBC’s correspondent in the city, been the voice of Prague for many years. The London-born…