In a tradition going back to 1920, on the eve of October 28, marking the birth of Czechoslovak independence, the Czech Culture Ministry grants annual State Awards to outstanding Czech authors and translators. This year’s recipients are author and literary scholar Daniela Hodrová and translator and university professor Martin Hilský who recently completed his translation of the entire work by William Shakespeare.

Sixty-five-year old Daniela Hodrová is familiar both with the theory and practice of writing. Since the 1970s she has devoted herself to creative writing as well as research, specializing in the theory of the novel. Her books have been published also in French, German and Polish. Literary historian Vladimír Novotný who is a member of the jury describes her latest book “Vyvolávání” (Invoking).

“Maybe we could call this book a symphony of memory. Hodrová is not an author who spews out a useless and short-lived book every year. She writes sparsely, her previous book was published seven years ago. The long pause is proof of her strong aesthetic responsibility with which she approaches her writing, her creative calling.”

Sixty-eight-year old Professor Martin Hilský, translator and Shakespeare scholar, has recently concluded his lifelong endeavour of translating the complete works of William Shakespeare into Czech. All the plays and poems were published earlier this year in one volume. 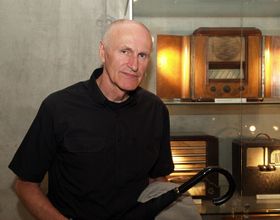 Martin Hilský Martin Hilský was first offered to translate a play by William Shakespeare 28 years ago for Prague’s National Theatre. That is also where he is going to receive the award from Culture Minister Jiří Besser. 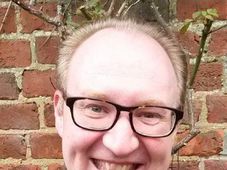 Michael Tate: bringing us the best of Central European writing

Publishers that focus on contemporary writing from Central Europe are few and far between, but they play an important role in bringing… 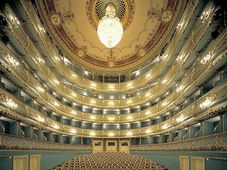 This Friday, theatre-goers in Prague have a second chance to see a brand-new production of Shakespeare’s The Winter’s Tale at the magical Estates… 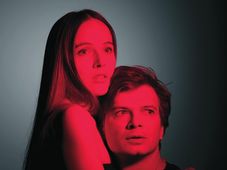 In this week’s Arts, meet SKUTR – the acclaimed directing duo Martin Kukučka and Lukáš Trpišovský. They directed one of the hits of…