Analyst: Migrant quota row will leave the Czech Republic on the periphery outside the EU core

The European Commission has decided to launch proceedings against the Czech Republic, Poland and Hungary for refusing to accept migrants allocated to them under a compulsory EU system. The news was announced by the commissioner for migration, home affairs and citizenship, Dimitris Avramopulos, on Tuesday. The Czech Republic is adamant that it will not take part with the prime minister stating that the government had already prepared to defend its position. A number of dailies around Europe, however, see the situation differently: evidence of a deepening row in which there is only one likely winner. 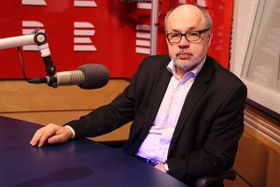 Jiří Pehe, photo: Jana Trpišovská I spoke to political analyst Jiří Pehe, asking him how he viewed the latest developments.

“I am afraid that this is a divide that may be quite lasting. The Czech Republic unfortunately joined this club by resisting migrant quotas and with the recent government decision it would take in no more even in a decision it originally accepted. The fact that these countries – the Czech Republic, Hungary and Poland – were selected by the European Commission is, I believe no coincidence, and the fact that none of them have the euro, like Slovakia, means they weren’t treated as leniently.”

In terms of the numbers, there’s not much there: Slovakia has taken in 16 migrants, the Czech Republic 12, Hungary and Poland 0. That speaks volumes…

“Unfortunately, the Visegrad countries showed they are really not very experienced nor well equipped politically to be members of the European Union because there are other countries which also were not that enthusiastic about the quotas and also didn’t accept many but also didn’t make themselves publically the centre of this row.

“Unlike the Visegrad countries they didn’t pick an open battle with Brussels and challenge the system. The difference is that the other countries understand that the acceptance of migrants is part of European law under the Lisbon Treaty. While you can have problems with the law, in the case of three of the four of the Visegrad countries I think that the European Commission simply lost patience.” 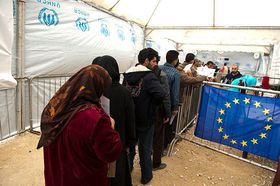 Illustrative photo: CC BY-NC-ND 2.0 Is there a possibility that this backfires against the European Union in the sense that people here will see it simply as further ‘interference’ by Brussels…

“It could backfire and work against the EU on the domestic scene. But politicians are missing a crucial point and the point is that with the election of President Macron in France and the upcoming election in Germany, Germany and France will move, I think, quickly towards a two-speed Europe. And this will be built around the euro zone, with a goal of excluding those countries that either do not have the euro or do not comply with European laws and standards.

“In that sense, I see the decision by the commission to launch proceedings against the Czech Republic, Hungary and Poland, is already a first step and the start of a trip to the margins of the EU. They don’t have the euro and have nothing to attach them to the core with faster integration.”