An era ends with the death of Prague writer Lenka Reinerová

Prague has lost one of its best-known and best-loved literary figures. The writer Lenka Reinerová died on Friday at the age of 92. Her novels and stories, which drew richly from her adventurous life, were written in her native German, and she was often described as Prague’s last German writer. Lenka Reinerová was one of few surviving witnesses of the rich German speaking literary world of Prague between the wars, and she knew many of its best known figures, including Max Brod and the famous „roving reporter“, Egon Erwin Kisch. David Vaughan looks back at her life.

Lenka Reinerová never tired of writing, and was publishing books, giving interviews and working to revive the memory of Prague’s German literary legacy right up to the day she died. In a recent interview for Radio Prague, she spoke about her reasons for writing.

“As I am the only member of my family who was not murdered in the Holocaust, as I am here and I can remember many things and people, I feel a necessity, as long as I can give some kind of witness, telling – naturally very subjectively - things as I experienced them – I am glad to do it.”

Lenka Reinerová was born in 1916, in the Prague district of Karlin, into a middle-class Jewish family where both German and Czech was spoken. As a young woman in the last years before World War Two, she was at home in the Prague cafes, where – famously – the city’s left-wing literary circles would gather. This bohemian world was enriched by the many writers and artists who had flocked to the city to flee Nazi Germany, and is recalled in several of Lenka Reinerová’s books. When Prague itself was occupied Lenka Reinerová escaped to Paris, only to find herself interned as an enemy alien after France declared war on Germany.

The French sent her to Morocco, a time which she evokes vividly in one of her short stories. From there she was eventually able to sail for Mexico. At the end of the war, she returned to Europe with her Yugoslav husband, first to Belgrade and then to Prague, where she found that not a single member of her broader family had survived the Holocaust.

For some time she worked here at Radio Prague, but it was not long before the Stalinist authorities arrested her, mistrusting her for the time she had spent in the West and for being Jewish. She spent a year in a communist prison, without any charge being brought against her.

For decades her writings remained unpublished in Czechoslovakia and she earned her living at various times as an editor, translator and interpreter. It was not until the fall of communism, that her books became available to a wider readership. In her last years, she put huge amounts of energy into setting up a “Prague Literary House”, through which she hoped to revive interest in Prague’s long-neglected German literary legacy. In so doing, she also felt that she could work for Czech-German reconciliation, seeing no paradox in the fact that she wrote in the language of those who killed so many members of her family.

“For me this is no problem, for I think language is an instrument, especially if you write. What is important is not in which language you write, but what you write.” 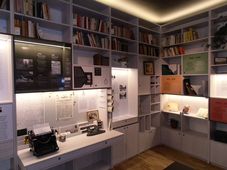 Until the middle of the 20th century, the territory of today’s Czech Republic had always been bilingual and its German literary legacy… 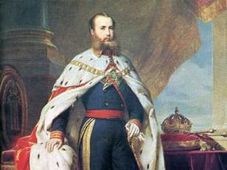 In this programme we go south of the border, to explore some intriguing Czech literary and other cultural links with Mexico, stretching…

Lenka Reinerová: a café with many tables

Few writers are more closely identified with Prague than Lenka Reinerová, who died last month at the age of 92. Although in the course…