Preparations are well underway for the Karlovy Vary International Film Festival, which gets underway in the Western Bohemian spa town at the end of next week. On Tuesday the organisers revealed this year’s star guests, including Oscar winning actor-director Mel Gibson – who will receive a Crystal Globe for lifetime achievement – and actresses Laura Dern and Fanny Ardant. Soon after the announcement I discussed this year’s visitors with artistic director Karel Och. But I began by asking him to characterise the main competition at the 49th Karlovy Vary. 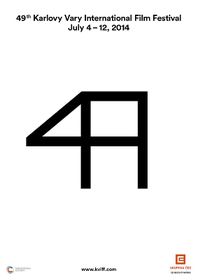 “I would love to sit on the jury, because after seeing all the films in competition and choosing them and selecting them, my colleagues and I are very excited about it. We are certain that the jury will find them at least interesting and worthy of discussion.

“There are many films from the post-Eastern Bloc, which is something we’re very happy about because post-Soviet countries, Central and Eastern Europe and Central Asia are territories we’ve been focusing on for a long time now.

“The fact that there are so many movies from these parts means that producers know about it and want to use Karlovy Vary as the launching place for their new films.”

“Not really. There is a clear distinction between these two categories. The East of the West competition is focused on first and second films of filmmakers who are at the beginning of their careers and in whom we see very, very strong talent and potential.

“By contrast, the main competition is focusing on films which are more developed, more sophisticated, more complex works by previously awarded filmmakers, etc.” 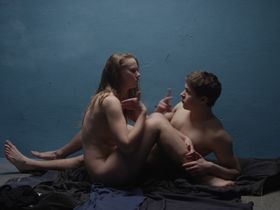 'The Tribe', photo: Film Servis Festival Karlovy Vary There are hundreds of films, as every year, but what I think people really want to know is, what are the films that they absolutely mustn’t miss?

“There is one film which I’ve been thinking about ever since I saw it in Cannes about five weeks ago. It’s called The Tribe and it’s a Ukrainian first film, by Myroslav Slaboshpytsky.

“It’s a film with deaf-mute characters, who are at a sort of a boarding school. You see a deaf-mute young boy who joins this really, really rough and strange collective of people.

“The particularity of the movie is that it’s all played by deaf and mute actors. It’s all in sign language, without any subtitles or any voice over. So it’s a challenge for the spectator in terms of how we are used to perceiving a film; it’s a constant kind of discussion between you and the film. It’s harsh, it’s rough, it’s very innovative and something which shouldn’t be missed.”

You’ve just announced that your main star this year will be Mel Gibson. Laura Dern is also coming. For you, who are the most interesting visitors this year?

“I look forward to Mel Gibson’s visit for sure. But there’s also Franco Nero, who has just been announced and is coming to introduce one of the retrospective films by Elio Petri. Also Fanny Ardant, of course. 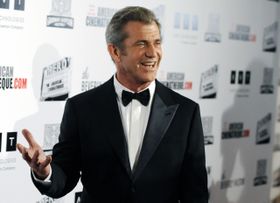 Mel Gibson, photo: CTK “I’m very excited about so many interesting filmmakers coming to introduce their latest movies, such as Bong Joon-ho, who will introduce Snowpiercer. Or Alice Rohrwacher with The Wonders, which just got the Grand Prix in Cannes.

“Also there’s Andrey Zvyagintsev, the most important Russian filmmaker nowadays, who is coming to introduce Leviathan. There are many interesting young directors whom we are very excited about – and we hope they will all enjoy the festival.”