Vítkovice Power Engineering, one of the key daughter companies of the engineering conglomerate Vítkovice, has filed for “reorganization“ bankruptcy. The company reportedly owes close to two billion crowns to over 700 creditors. The regional court in Ostrava, which was due to deal with a proposal for bankruptcy against the firm by one of its biggest creditors, Westag Invest, on Friday has cancelled the hearing. 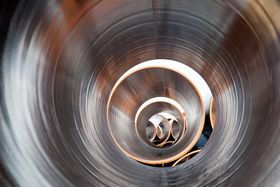 Illustrative photo: Harald Hoyer, CC BY-SA 2.0 Although the firm Westag Invest filed its bankruptcy proposal against VPE in the spring of this year, the owner of the mother company Vítkovice, Jan Světlík, fought a four months unsuccessful battle to protect the daughter company from insolvency proceedings. He insisted that VPE’s problems stemmed from the drawn-out crisis in the energy sector, but that they were not insurmountable and the company could handle them without outside intervention. On Thursday, he admitted defeat and just one day before the Ostrava court was due to enforce a decision, the ailing VPE filed for “reorganization” bankruptcy, admitting it had over 700 creditors to whom it owes hundreds of millions of crowns.

The move has elicited sharp criticism from Westag Invest which says the last-minute U-turn is a calculated decision which will allow Světlík to retain greater control over the bankruptcy proceedings. A reorganization bankruptcy allows the company owner to retain a strong influence on how the bankruptcy proceedings are governed and, albeit under enforced administration, decide on the sale of company assets. It would mean that the company could remain in operation for some time, prevent massive lay-offs and seek to minimize its losses. The news site idnes.cz writes that Vítkovice has other daughter companies whose assets Světlík may sell to start repaying creditors. He may also push for creditors to scrap part of the company’s debts in return for company shares. This would naturally mean that their profit from such a deal would have to be higher than from regular bankruptcy proceedings. No details of the proposed reorganization have been released, Světlík merely says that a reorganization bankruptcy would benefit everyone: the company, its employees and its creditors.

Presently the fate of VPE hangs in the balance. Its request for reorganization bankruptcy will have to be approved by the Ostrava court which is likely to take several weeks to deliberate the issue. 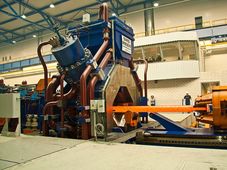 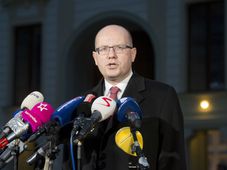 After the sudden, if not totally surprising, announcement that long time Social Democrat stalwart Jan Mládek, would be dismissed as… 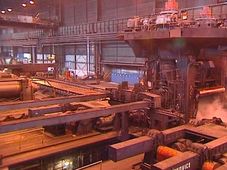