Study: Czechs below EU average as regards working from home

Few Czechs regularly work from home, according to the latest Eurostat figures. Indeed, less than 4.0 percent of Czech employees conduct work business from their place of residence. That is beneath the EU average and far lower than in neighbouring Austria, where the figure stands at 9.5 percent. Photo: Kristýna Maková Most Czechs are familiar with the English-language term “home office”. However, according to a Eurostat survey entitled “Working from home in the EU”, just under 4.0 percent of Czechs were regularly doing so in 2017.

The average figure for European Union states stood at 5.0 percent. The Netherlands had the highest percentage of people commonly working from home last year, with 13.7 percent. Romania was lowest, with 0.4 percent.

Iva, a computer programmer, outlined her reasons for working from home in an interview with Czech Radio.

“I frequently make use of home office, I’d say one or two days a week. The usual reason is dealing with practical matters, or dealing with work tasks that require a lot of concentration – the calm at home suits me.”

Officials at the Czech Ministry of Labour and Social Affairs have taken steps to try to make home office a more common practice in this country. But so far in vain, says spokesperson Martin Bačkovský.

“With the aim of motivating employers to make greater use of home office, in 2016 the Ministry put forward an amendment to the Labour Code. It was intended to clearly define the rights and responsibilities of employees. However, discussion of the amendment was abandoned in the second reading during the last electoral period.”

Radek Špicar is deputy president of the Czech Confederation of Industry. He told Czech Radio that employers will eventually have to come around to the idea of staff working remotely. 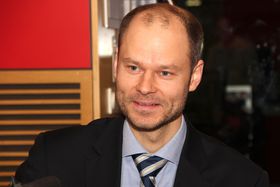 Radek Špicar, photo: Šárka Ševčíková / Czech Radio “A certain conservatism on the part of some employers is acting as a brake on the development of alternative work arrangements, including home office. Unfortunately bosses think that only somebody they can see through the glass door of their office is actually working. But that’s changing. It has to: millennials who are now entering the labour market are demanding alternative arrangements, and employers will have to adapt to that in the future.”

The head of the Czech Confederation of Trade Unions, Josef Středula, is more sceptical about the concept.

“In our view, home office shouldn’t be seen only as a benefit. For instance, there is the issue of work place injuries. These are very complicated situations that need to be resolved between the employee and the employer before actually working from home occurs.”

5.0 percent of Czech women avail of the opportunity to work from home, compared to 3.0 percent of men, Eurostat found. 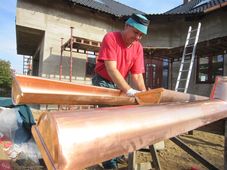