Photo: Ondřej Jánoška The Czech Republic is becoming a second-hand car super-power. At the moment, every fifth used car imported to the country is older than 15 years, the daily Hospodářské Noviny wrote on Wednesday. The country’s Transport Ministry is currently looking into ways of tackling the problem of the ageing car fleet.

While in West European countries, such as Germany, governments are trying to get rid of old cars by banning the drivers access to larger cities, there is no such pressure applied yet in the Czech Republic. The average age of cars imported to the country currently is 15 years, while the EU average is nine years.

In 2009, the Czech government tried to prevent people from buying old cars by imposing an ecological tax. However, the tax applies only to vehicles produced before the end of 2000 and that limit has not changed since the tax was introduced. In practice, it means that even cars that are nearly 20 years old no longer fall into that category, the daily points out.

The spokeswoman for the Transport Ministry confirmed to the daily that the problem should be dealt with as soon as possible, since Western European countries will try to get rid of old cars even faster by introducing new measures.

Environment Minister Richard Brabec planned to introduce a 3,000-crown fee for registration of used cars, but the proposal was scrapped. Now, a team lead by transport minister Dan Ťok is working on a new proposal, but it is unlikely that it could be approved before the parliamentary elections in October.

Representatives of the auto industry have also been also calling for stricter rules. While car producers are forced into applying ever more stricter ecological norms, which increase their production costs, Czech drivers can drive around the country in old cars without any sanctions, the daily concludes.

The Czech Republic is not the only country facing an aging car fleet. Countries such as Poland and Slovakia are tackling facing the same problem. 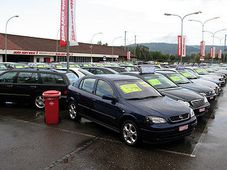 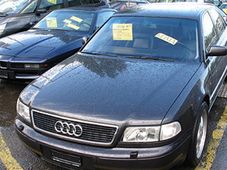 Used cars are still selling exceptional well in the Czech Republic with 820 thousand of them on offer around the country. The price…

Odometer fraud continues to be a major problem for buyers of second-hand cars in the Czech Republic. Past studies suggested that as…