The average age of dollar millionaires in the Czech Republic is 51 and the country’s affluent regard buying companies as the most attractive form of investment, according to the latest annual Wealth Report produced by the financial institution J+T Banka and quoted in Thursday’s edition of Hospodářské noviny. 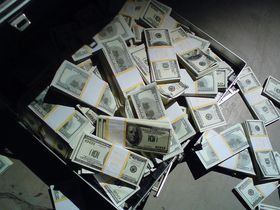 Photo: Alexander Korabelnikov / freeimages Indeed, 41 percent of Czech dollar millionaires surveyed said they regarded buying firms as the most interesting form of investment. Some 31 percent of respondents rated agricultural land as the best place to put one’s wealth, followed in third place by sites for building, which 28 percent favoured.

The share of dollar millionaires seeing building sites as the top investment opportunity is down on last year, as is the share that thinks corporate bonds are the way to go.

One in eight of the Czech Republic’s wealthiest citizens have invested in a start-up. But just below three-quarters of them rate start-ups as a bad bet, the J+T Banka report suggests.

In the “alternative investments” category, artworks are seen as a good thing to put one’s money into, with 45 percent of respondents ticking that particular box. Second – but some way behind at 16 percent – is vintage cars and motorbikes, while third (14 percent) is antiques.

When it comes to regions of the world where rich Czechs see investment opportunities in the next three to five year period, Southeast Asia tops the list, enjoying a favourable standing among a third of survey participants.

Central and Eastern Europe placed second in this category, with 17 percent of respondents considering it the region most likely to produce returns, followed by North America with 15 percent.

Western Europe figured strikingly low, with only one in 100 respondents seeing it as the best place to invest in the coming years.

When it comes to philanthropy, some 77 percent of those surveyed said they contributed to charities. However, such behaviour is not that different from that of those on normal incomes, with some 56 percent of the general population giving money to charity.

Interestingly, there is one area where the rich donate less. Twenty-five percent of the population as a whole contribute to environmental organisations; among the very affluent the figure is 13 percent.

Dollar millionaires rate corruption as the most burning issue in the Czech Republic. However, only 57 percent of them consider it the country’s biggest problem, compared to 68 percent of all Czechs, the survey suggests.

The second biggest problem in the eyes of the rich is the functioning of the justice system, a box ticked by just over one third of them.

As for who these Czech dollar millionaires are, just under half (48 percent) are company owners. Managers on the payroll place second with 15 percent. Seven percent are old-age pensioners.

Skiing is the most popular past-time of the wealthy, with 53 percent rating it as their favourite sport or hobby. Perhaps surprisingly, cycling (49 percent) and hiking (39 percent) come ahead of the traditional sport of executives, golf (33 percent), according to the J+T Banka survey quoted in Thursday’s Hospodářské noviny. 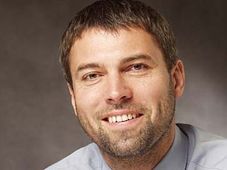 Petr Kellner, owner of investment group PPF, remains the richest Czech, according to an annual rich list published by Forbes on Wednesday.… 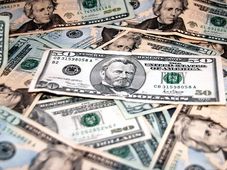 The average age of Czech dollar millionaires is 53 and they regard investment in real estate as the most attractive form of investment, according… 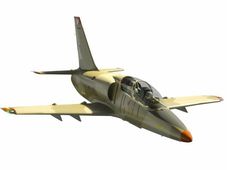