A Czech company is using 3D laser technology to offer more accurate road repairs and resurfacing and is targeting a worldwide market that could result from the know-how. Illustrative photo: Filip Jirsák, CC BY-SA 3.0 A Prague-based company is on the verge of obtaining a European patent for its 3D laser technology which is already being used to increase the accuracy and efficiency of road repairs.

Engineering company ROG has already got a Czech patent and now reckons it is just weeks away from a European patent for its technology. It is also looking to open up worldwide markets with a US patent as well, but company bosses admit that could be a much more difficult and time consuming prospect.

The idea behind the technology is startling in its simplicity and originality. During normal road or motorway repairs an even section of the road surface is usually removed so that a new layer can be replaced. But taking off that even layer means that the initial errors in the road construction, bumps, uneven surfaces, or gradients that vary from the ideal, are reproduced when the new surface is completed.

3D mapping of the road, including the drains and drainage channels, and feeding the results into the excavation machine means the end result is level and accurate to within around 2 millimetres. In practical terms, this sort of accurate surface removal is reckoned to save at least 12 percent on the costs of the overall repairs. The initial costs of 3D preparations are slightly more costly than conventional road works preparations but they are more than recouped at the end.

And one of the pluses of the new improved road repairs should be that the highway should better withstand wear and tear in the future and further road closures and maintenance can be delayed.

The company also offers a follow up service to check that the thickness of tarmac, gravel, and other layers of the road composition are as laid down by the agreement between the road authority and company or companies contracted to carry out the repairs.

ROG’s technology is already been used on around 300 kilometres of roads across the Czech Republic, the roads are managed by Prague City Hall, local authorities, and the state highways authority. 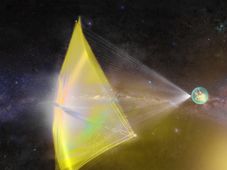 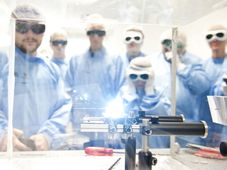 Wondering what a 10 billion Euro investment can do for a village? Dolní Břežany was lucky enough to find out. It now houses an EU research facility…