The Czech economy is increasingly dependent on foreign labour. According to figures released by the Czech Statistics Office foreign workers made up 13 percent of the labour force last year. In 2010 it was just 6 percent. In the course of the past decade their number has more than doubled. 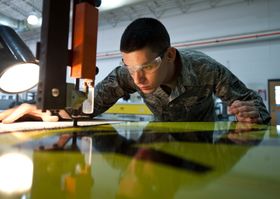 Traditionally the majority of foreign workers in the country are Ukrainians, Slovaks and Vietnamese nationals, but in recent years the country has attracted a growing number of workers from Russia, Poland, Bulgaria and Romania.

At present there are 646,000 foreign workers officially registered in the country, of which 290,000 have permanent residency, 275,000 are here on a temporary basis and the rest are foreigners who have been granted or are seeking asylum in the country. In addition to those, there are estimated to be tens of thousands more who are part of the grey economy.

The best-paid foreign workers are Slovaks who make on average CZK 38,868 a month, at a time when the average gross monthly salary in the Czech Republic is CZK 33,697. This is because Slovaks usually come to study at Czech universities, decide to settle here and find well-paid jobs. Ukrainians, who are frequently employed in the construction industry make on average CZK 27,000 a month.

Although interest in getting skilled foreign workers remains high, some economists say that in the not too distant future, with the slowing of the economy, the interest in foreign workers may temporarily wane. Many are employed on a seasonal or temporary basis and would be among the first to be hit in the event of lay-offs. For the present time, they would still be able to find employment elsewhere. In December labour offices posted 341,000 vacancies.