The Czech energy giant CEZ is considering the construction of a factory to produce lithium batteries for electric cars in North Bohemia in the next few years, according to the country’s minister of industry and trade, Karel Havlíček. 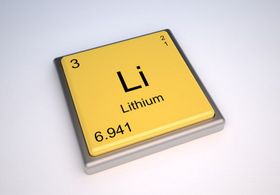 Photo: Kanijoman via Foter.com / CC BY The minister told journalists that if CEZ went ahead with the plan it would represent one of the biggest investments of its kind in Central Europe.

CEZ, in which the Czech state holds a stake of roughly 70 percent, would build the plant with other investors from the auto industry, Mr. Havlíček said on a visit to Berlin. The intention is to use lithium mined in the Cínovec district in the Krušné hory (Ore Mountains).

If research in the area goes well, CEZ should take control of lithium mining in Cínovec by the end of next month. The main issue is whether it is possible to separate lithium from mica.

Mining of the element is already taking place on the German side of the border, where about one-third of the lithium in the region is located. Mr. Havlíček said it was also an immensely interesting and valuable resource for the Czech Republic.

The Czech industry chief said the possible CEZ facility would be a “gigafactory”. This is a reference to plants run by US electric car manufacturer Tesla.

Mr. Havlíček did not specify what the planned plant would cost but said it would be built within years. CEZ will not be the sole investor, with a group of qualified investors from the automotive industry currently being assembled, he said.

In November CEZ made a conditional agreement with Australian mining company European Metals Holdings (EMH) Limited on a strategic partnership and a significant investment in the lithium mining project in Cínovec.

If the deal is completed, CEZ will acquire a 51-percent stake in Geodet, a Czech subsidiary of EMH, which owns mining rights, for around CZK 853 million.

CEZ spokesman Roman Gazdík said the company was considering lithium mining and had entered into a partnership with Slovak company InoBat, which intends to build a factory in Slovakia.

Gazdík said similar projects were now a priority in the European Union, given the importance of both the car industry and climate protection.

The CEZ representative said that as a major car manufacturer, the Czech Republic was a logical candidate for the development of the battery industry.

The Czech Republic is estimated to possess about 3 percent of the world's sources of lithium. The vast majority lies in Cínovec, which boasts the largest deposit in the whole of Europe. There is also a small amount in Slavkovský les, a mountain range in West Bohemia. 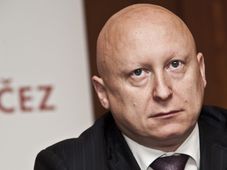 CEZ to offload foreign companies in major change of strategy

The energy giant CEZ is undertaking a considerable change in strategy. Instead of striving to become a major player in the region,…