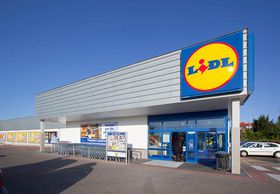 Photo: Aljona83, CC BY-SA 3.0 As of March, the average monthly wage of cashiers in Lidl will reach 24,897 crowns, which is an increase by 18 percent, the daily Hospodářské noviny reported on Tuesday.

The starting wage will increase by nearly a quarter, to 23,333 crowns. Prague will offer slightly higher salaries than the rest of the country, with the average monthly wage there starting at 24,000 crowns.

Lidl, which is said to be the highest-paying supermarket in the Czech Republic, is the only chain which makes its wages public. Other supermarket chains, including Globus, Kaufland and Albert, refuse to publish their employee’s salaries.

Kaufland, the country’s biggest chain by turnover, last year increased its wages by about five percent and according to its spokeswoman it has also been offering its employees a number of other benefits.

According to the current job offer, a cashier for a Kaufland store located outside of Prague can get between 16,000 and 18,000 crowns, while a shelf stocker for a Tesco supermarket in Prague could get over 20,000 crowns.

Shop assistants at Albert, owned by Dutch retailer Ahold, currently get salaries that average about 15,500 crowns. The trade unions last year got into a dispute with Ahold over their wages for Czech employees.

Prime Minister Bohuslav Sobotka intervened in the dispute on behalf of the employees, criticizing the fact that international companies with big-turnovers don’t pay enough to their Czech employees.

The average wage in the Czech Republic currently stands at 27,220 crowns. According to the trade unions, the basic wage of employees in small retail outlets in Prague reached only about 14,000 crowns.