While the Czech Central Bank has been raising its interest rates over the past two years, in the eurozone they remain low. This has led to more and more Czech companies opting for loans in the common European currency rather than Czech crowns, the news site iHNed reported on Monday. 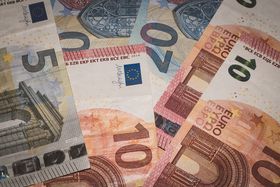 Photo: Pezibear, Pixabay / CC0 In order to support growth in the Eurozone, the European Central Bank has been keeping interest rates low. This means that the price increase of loans in states which use the euro remains relatively low.

This is in contrast to the Czech National Bank, which scrapped its policy of extremely low interest rates two years ago and has now adjusted the annual rate to 2 percent.

Czech companies have taken advantage of this difference and some 31.5 percent of all loans they have taken from domestic banks are in the common European currency, according to iHNed, which used data from the Czech National Bank.

However, as iHNed’s editors Filip Sýkora and Olga Skalková point out, the nearly one-third share of euro-denominated loans may be even higher.

This is because Central Bank statistics do not encompass the euro loans that Czech companies may receive from other businesses within their conglomerate, or from a foreign bank which does not have a branch in the Czech Republic.

Another reason why Czech companies increasingly borrow in euros, according to iHNed, is the fact that such loans protect against possible fluctuations in the value of the crown.

This is especially useful for businesses that export and receive profits in the euro currency, because they are protected from the possibility that the value of the Czech crown would rise and their interest payments therefore rise, iHNed reports.

The Czech Remains an export oriented market, heavily reliant on trade with the European Union.

According to October data published by the Czech Statistics Agency on Monday, foreign trade reached a surplus of CZK 7.2 billion. Raiffeisen bank analyst Luboš Růžička, told the Czech News Agency that it could in fact reach the record annual levels of 2016 and 2017, when annual foreign trade was around CZK 160 billion.

Industrial production levels however, have been slowing down since May this year. The same data for October showed it had decreased by 0.4 percent in year-on-year terms. 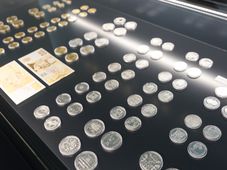