Eta, the iconic Czech household appliances producer, lost its way but now appears to be on the comeback trail with a range of new designs and an expanded product range which once again seem to be finding favour with Czechs and Slovaks. 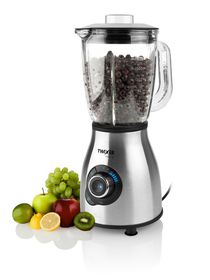 Photo: Eta Czech household goods producer Eta appears to have turned the corner. Five years ago the company was still loss making with turnover at around 640 million crowns and the firm clearly having lost its way. In 2011 the brands were taken over by Zlín-based HP Tronic.

This year, although it has still be seen how the key Christmas season will play out, Eta is counting on turnover of more than 1.7 billion crowns and profits of around 30 million crowns.

The company was still loss making up to last year although sales were recovering strongly. With updated brands and new products Eta appears to have reestablished itself on the Czech and Slovak markets, which still account for 80 percent of its sales. The company is looking, however, to the remaining Visegrad Four countries where it still has significant brand recognition, Poland and Hungary, to boost its sales further.

While Western markets, such as Germany, are obviously attractive the brand recognition there is minimal with the leading bands for household electrical goods often having at least a 40 year advantage on any market newcomer. Name recognition on such large and relatively expensive markets would cost hundreds of millions of crowns, and Eta bosses admit that is still way beyond the company’s pockets.

Product-wise, Eta has moved into new territory. This year it launched the sale of its own produced line of freezers and fridges. It is targeting a Czech market share of around 10 percent and turnover of around 200 million crowns in sales within three to five years. And other new product lines are expected to follow. Kitchen appliances, such as food mixers and blenders, still make up around 70 percent of the overall sales.

As regards sales, Eta has also moved to develop and expand its own chain of shops. There are now 26, mostly in shopping centres, with others set to follow. And the group has also not been sluggish in seeing the possibility of Internet sales.

Opravárna is a new Czech app, which matches handymen to repair requests sent from across the country. The app has been quick to catch… 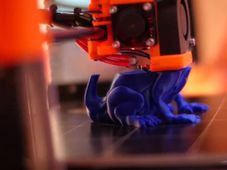 The world’s biggest showcase for consumer technology firms, tech heads, and those wanting to get a glimpse of the latest innovations,… 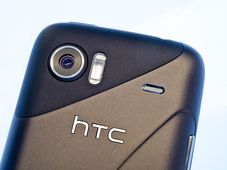 The planned giant investment of Taiwanese mobile, tablet and camera manufacturer HTC in Brno promising to create up to a thousand new…