Developers are planning to promote the co-living concept in Prague and aim to attract tenants through attractive locations and rents, Hospodářské noviny reported on Wednesday. 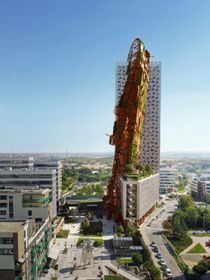 Top Tower, visualisation: Trigema Co-living involves accommodation in which renters usually have their own rooms but share communal spaces and amenities, such as kitchens.

The company Accord Invest is among those hoping to sell the concept in the Czech capital, Hospodářské noviny said. The firm is planning to open a co-living centre in Prague 1 within two years, though it has yet to find a location.

Accord Invest owner Serge Mayer told the newspaper that its building should offer services that regular home occupants need to find elsewhere, such as a café, large laundry and running machines.

The company Trigema is looking at launching a similar project in by 2023 in Nové Butovice.

Though this is some distance from the centre, it will be part of Top Tower, a futuristic skyscraper with design elements by sculptor David Černý that will be the country’s tallest building, Hospodářské noviny said.

Indeed, alongside offices Top Tower should have 250 or so living spaces measuring around 18 metres squared. Kitchens and communal spaces will be shared by all tenants.

The Karlín Group is proposing a similar project near the Nádraží Holešovice Metro station with up to 700 beds. The company plans to also test co-living in the Smíchov district.

Earlier this year Karlín Group CEO Jan Ludvík told Hospodářské noviny that the Karlín, Smíchov, Holešovice, Žižkov and Vršovice areas of the city could also be attractive spots for co-living centres, though the company is uninterested in more outlying parts.

Hospodářské noviny says co-living is particularly attractive to students, for whom it represents an alternative to living in university dorms, and “digital nomads”.

Price is a major factor in Prague, where there is currently an acute shortage of affordable rented accommodation.

While monthly rent anywhere in or near the centre of the city is likely to be more than CZK 10,000, co-living should cost less than half that amount. 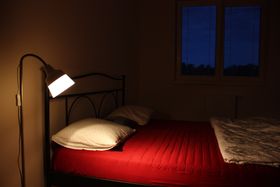 Illustrative photo: Štěpánka Budková With the possibility of staying even less than a month in such accommodation, it may also appeal to tourists, Hospodářské noviny said.

A project named Collectif is already offering 12 rooms in four buildings in Prague, with the most expensive one-bed room going for around CZK 5,000 a month.

Another initiative, Zeitraum, is providing over 400 beds in rooms of different sizes in Holešovice, Vršovice and Žižkov.

Brno, with the Domeq facility run by developers CTP, is the only city outside Prague to offer co-living accommodation at present.

“Co-living” was also attempted by the Communists, with the biggest such experiment the Kolektivní dům (Collective House; Koldům for short) in Litvínov, north Bohemia.

Based on the social concept of collectivism, it included not just housing but civic amenities such as kindergartens, canteens and leisure facilities.

Ex-central bank chief: Czechia had a good 2019 but needs to build infrastructure, housing

The Czech economy grew at a healthy pace, the country’s unemployment rate is at the lowest in decades, wage growth remained solid and…