Plans to build a high-speed rail network in the Czech Republic will greatly impact Prague, which will alone require investment of at least CZK 80 billion, iHned.cz reported. Among expected projects are tunnels and an underground extension of the city’s Main Station. 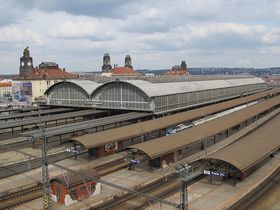 Prague’s Main Station, photo: Jiří Němec The Czech capital can look forward to the most expensive transport construction in its history after the government on Monday approved the building of a national high-speed rail network. The entire costs are expected to reach up to CZK 650 billion.

Announcing the decision, the minister of transport, Dan Ťok, said it spelled a switch from theory to real preparations and construction work.

At present Prague’s Main Station is already greatly stretched, with trains having to wait outside it for platforms to free up, iHned.cz said. This pressure will only increase with the construction of a high-speed network.

Shorter travel times are likely to win over passengers who might otherwise travel by bus, car and even plane and in future Prague’s Main Station could see high-speed trains arriving and departing every three minutes.

On top of this, there has been a sharp rise in demand for suburban trains, which require shorter intervals so more frequent access to platforms.

Dealing with all of this demand will require huge investment and the materials rubber-stamped by the government refer to investment of at least CZK 80 billion in the capital.

Around 20 kilometres of new railway, part of which will make use of tunnels linking Holešovice and Vršovice and Karlín and Smíchov, will be built. The lines will intersect at a new underground part of the Main Station that should be located more or less beneath the State Opera.

The Prague sections of the high-speed rail network will be by far the most expensive, with a cost of at least CZK 4 billion a kilometre projected. 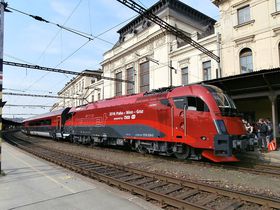 Brno, where there are still question marks over the location of its main station, will also see major investment. The Ministry of Transport puts the figure for the city at up to CZK 45 billion, iHned.cz reported.

It is not entirely clear when the construction work will get underway. The Ministry of Transport says the law needs to be changed for the project to go ahead, with the government’s approval essentially signaling a round of studies and permit acquisition.

It will take at least a decade for the first part of the announced high-speed network – a line from Prague to Dresden – to become reality. So 2035 would be an optimistic date for full implementation, iHned.cz wrote.