Teens in the Czech Republic get, on average, almost 700 crowns from their parents per month, according to a study focusing on financial literacy conducted by ČSOB bank. According to the survey, for around 12 percent, those funds are not enough. Financial literacy has been a compulsory subject in the classroom for four years. 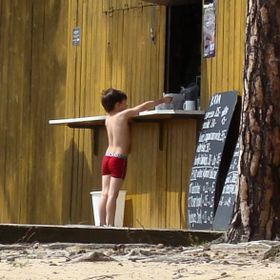 Photo: Štěpánka Budková Learning about financial literacy in the Czech Republic begins at and continues over the course of children’s studies at elementary school. The idea is to make children aware of the value of money, how hard it is to earn and save, from the time many begin receiving their first allowances.

“They learn about it in a number of subjects, from Moral education regarding civil society to crafts and handiwork and even, to a certain extent, in Czech language classes.”

Despite the focus, the study by ČSOB suggests that 12 percent of kids don’t make do with their allowance and begin borrowing from friends early on.

Václav Potůček of ČSOB bank told Czech Radio that among children aged six to 9, in other words 1st to 4th graders, 25 percent had experience with lending and borrowing, while older kids, between the ages of 10 and 14 the number was already half, and from 15 to 18, two-thirds.

The average amount lent and borrowed, he says, is around 250 crowns, an average based on all kids. Younger children, obviously will be lending and borrowing less.

Kids in the first grade or finally year at nursery school, receive monthly allowances between 100 and 150 crowns a month, while kids between 10 and 14 receive roughly double. Older teens, not surprisingly, receive more.

An emphasis on financial literacy should improve kids’ overall understanding of money and planning. Finance Ministry spokesman Filip Běhal told Czech Radio that areas where the ministry had put new emphasis at elementary and middle schools was an overall better understanding of cashless transactions, the protection of personal data, how to budget properly, property comparison and more.

The Education Ministry is working to implement those elements into requirements for schools currently to improve even more how financial literacy is taught. 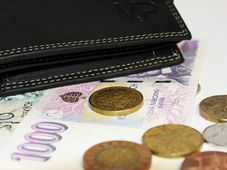 Although 94 percent of Czechs consider themselves to be financially responsible, many still make painful mistakes in managing their… 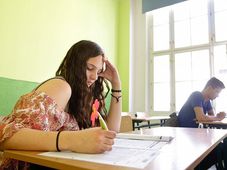 Czech 15-year-olds ranked sixth in the first international test of students’ financial literacy by the OECD, according to the results released…