Average monthly wages in the Czech Republic grew by 5.3 percent year-on-year in the first quarter of this year, according to figures issued on Monday. That represents the fastest growth rate since the 2008 economic crisis. 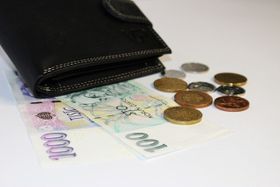 Photo: Ondřej Šponiar, Pixabay / CC0 Public Domain In the first three months of 2017, average monthly salaries in the Czech Republic grew to CZK 27,889, according to data published by the Czech Statistics Office.

Wage growth accelerated from the final quarter of last year and reached 5.3 percent year-on-year. Factoring in inflation, real incomes grew by 2.8 percent in the January to April period.

Monday’s news means that average salaries have been constantly rising in the Czech Republic since the start of 2014.

The quarterly growth was the highest since the end of 2008, when the global economic crisis hit.

As ever, Prague comes out best in the new figures. The average monthly salary in the capital climbed to CZK 36,194 a month in the first quarter. The lowest wages were once again recorded in the Karlovy Vary region: CZK 23,807.

Pay packets expanded in all sectors of the economy, with the biggest single increase – 11.8 percent – recorded in the field of accommodation, catering and hospitality. However, that remains a low-paying sector, with average pay of less than CZK 17,000 a month.

The increased tempo has been credited to the healthy shape of the economy and in particular to the low level of unemployment. Indeed, the Czech Republic currently has the lowest jobless rate in the European Union.

Deloitte analyst David Marek says however that the recent rate of growth cannot be sustained indefinitely. 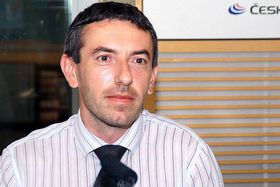 David Marek, photo: Šárka Ševčíková “In the long term, wages can’t continue to grow at this rate. That’s because the Czech economy, which is dependent on exports, has lost its competitiveness against other countries. In our country, cheap labour came to an end a long time ago. If anybody is calling for higher wage growth, it’s neither responsible nor commendable.”

Meanwhile, the Czech crown strengthened to 26.30 to the euro on Monday. That is its strongest level since the end of April, when the Czech National Bank dropped its policy of keeping the crown weak.

Experts expect the Czech currency to continue to grow in strength, with Markéta Šichtařová of Next Finance telling the Czech News Agency that it is likely to smash through the 26 to the euro barrier by the end of July at the latest.