The Czech Republic could face trade sanctions from Saudi Arabia over anti-Islamic remarks by President Miloš Zeman, the Czech foreign minister says. Mr Zeman’s comments, linking terrorism to “Islamic ideology” were also condemned by the Organization of Islamic Cooperation but its demands for an apology have been rejected by the Czech head of state. Mr Zeman delivered his remarks at a reception at the Israeli embassy in Prague marking Israel’s Independence Day last month. Referring to a recent violent attack in Belgium, the president said that “Islamic ideology rather than individual groups of religious fundamentalists was behind violent actions similar to the gun attack at the Jewish Museum in Brussels”.

But the Czech ambassador had more explaining to do than that. “The Saudis had a comprehensive list of everything Zeman ever said on this topic. There were several pages of it. The ambassador was in a very awkward position; their protests had never gone that far,” a source from the Czech foreign ministry told the paper.

Mr Zeman has a history of controversial comments about Islam; in 2011, for example, he referred to Islam when he said that “the enemy is the anti-civilisation spreading from North Africa to Indonesia. Two billion people live in it." He also compared Muslim believers to the Nazis.

The Organization of Islamic Cooperation, a Saudi-based association of 57 Muslim countries, has also demanded an apology from Mr Zeman. But the Czech president declined, possibly adding more insult to the injury. Mr President has certainly no intentions to apologize as he would consider it a blasphemy to apologize for quoting a holy Islamic text”, his spokesman said earlier this week.

Czech Foreign Minister Lubomír Zaorálek has voiced concerns about the possible impact of the controversy, fearing it could jeopardize several planned investment projects in health care and agriculture. “We should stay clear from religion and realize this could have economic consequences,” the minister told Lidové noviny.

Mr Zaorálek said a meeting with the ambassadors of Arab countries to the Czech Republic should take place at the ministry next week, with the president’s comments on top of the agenda. An Arab diplomat however told the daily that a clear stance of the Czech government distancing itself from the president’s position would help much more. 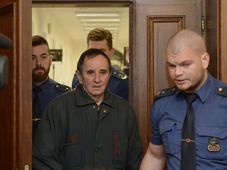 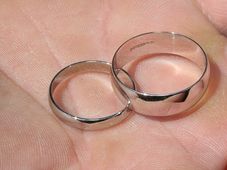 Multiple criminal complaints filed over “Our Violence” play in Brno