In the late 1990s and following decade there was a sort of gold rush in the Czech Republic. But what the foreign prospectors were panning for was not gold but water itself. Clearly though they believed that water could be turned into gold. 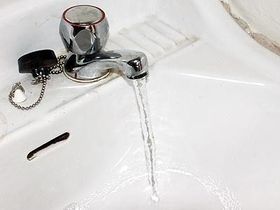 Photo: Jan Rosenauer The scenario we are talking about was the rush to buy out stakes in regional water companies. Sizeable shareholdings in these companies had been handed over to local towns by the state holding company, the National Property Fund. But the towns, cities, and districts did not really know what to do with this windfall – perhaps waterfall – and opted for the obvious, to sell up.

That was when the foreign companies, the French at the front of the queue, rushed in. With small and large purchases here and there, they soon established sizeable shareholdings in the companies or tied up long-term deals to take over management of the utilities.

These sort of utility companies are often sought after by investment firms for their reliable if unspectacular earnings. As well as cash, the foreign companies added that they were bringing western expertise and would revolutionise the sector. Later Czech companies found out the hard way that the foreign stakeholders would in many cases later lose them the right to claim generous EU funds for infrastructure renewal.

And for the foreign companies, the environment was pretty favourable. In fact, there was and still is not a national regulator for water and sewerage charges although the subject is intermittently raised. But talks about such a regulator, not surprisingly coming at the same time as sometimes sharply increasing water charges, have been increasing and getting loader.

Now, some of the foreign companies have or are preparing to take their leave. The west Bohemian city of Plzeň bought out the 98 percent stake of once of the French sector giants, Veolia, for around 700 million crowns.

And now around 450 representatives from towns and cities in the Ústí and Liberec region are planning to take a similar step in a bid to win back control over water charges. They are seeking to buyout the 51 percent stake in the water management company also owned by Veolia. Prague, which signed some suspect deals for Veolia to take over its water management operations, is also reportedly looking at buying out part of the stake of the French giant. 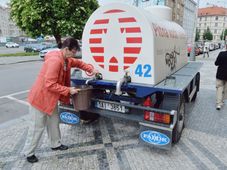 Scores of people in Prague have been taken to hospital in recent days after drinking contaminated water. The authorities say the source… 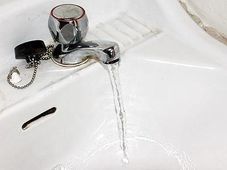