Czech Republic to cease being major energy exporter and import instead, HN reports

The Czech Republic is preparing for a fundamental shift in its energy policy, Hospodářské noviny reported on Tuesday. Quoting the latest version of the official long-term state energy plan, the business daily says the country is set to make a switch from being a state that exports power to one that imports it. Photo: archive of Radio Prague At present, the Czech Republic is the world’s fifth biggest power exporter. However, there are fears in Prague that the rise of renewable energy in the coming decades will cause a fall in prices. This has led to the policy U-turn suggested in the 25-year plan currently being prepared by the Ministry of Industry and Trade ahead of submission to the cabinet later this year.

The document seen by Hospodářské noviny calls for a gradual halting of the production of coal-fired power and the postponement of the construction of new nuclear power stations. While consumption will grow, production will remain at around present levels – leading to a demand for imported power, the newspaper says.

The Czech Republic currently exports about one-fifth of its annual energy production, a figure roughly equivalent to the entire output of the Temelín nuclear power station in South Bohemia. By contrast, in 2040 the country will import about 20 percent of the power it needs, the plan envisages.

The new state energy plan has taken into account the fact that prices have fallen to such a low that producing electricity is not economically viable for many power stations.

A number of European states plan to make subsidies a key part of their energy policies. They will make what are called capacity payments so that electricity companies keep power stations in operation in case it turns out down the line that renewable sources are not capable of meeting demand.

The Ministry of Industry and Trade official responsible for the plan, Pavel Šolc, told Hospodářské noviny that there has been a fundamental shift in Europe’s view of energy.

Energy is no longer just a commodity that can be exported for profit – today the main thing is security, said Mr. Šolc, adding that he expected the market to continue deteriorating.

Without state guarantees – which the government was unwilling to provide – it wouldn’t have been possible to build and operate two new reactors at a profit. For this reason the new state energy plan foresees postponing the construction of new reactors until the middle of the 2030s. However, it does envisage the building of new blocks. 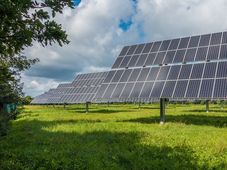 The Czech Republic is under pressure from the EU to have more renewable and efficient resources in its energy mix. While companies…