High speed rail routes are a popular hobby horse for Czech politicians. ANO leader and finance minister Andrej Babiš has already got on board complaining of the Czech lack of such routes compared with France. And Czech prime minister Bohuslav Sobotka has now boarded the train as well. 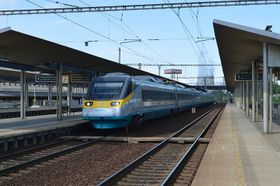 The Pendolino in Ostrava, photo: Phil Richards, CC BY-SA 2.0 It’s a stunning fact that the Czech Republic, which boasts one of the densest rail networks in Europe, does not have any high speed rail routes at all. Yes, there are high speed trains, the Pendolino tilting trains ply their way between Ostrava in the east and Cheb in the far west, but these were chosen for being able to adapt, sometimes with difficulty and reduced speeds, to the existing rail network, and there are no large stretches of tailor made high speed track as such.

The prime minister sought to bring himself up to speed with Czech developments in a meeting with the head of the rail infrastructure authority, Pavel Surý, on Monday.

The most advanced high speed project appears to be between Prague and Dresden, Germany, though it’s still at an early stage. A feasibility study has been ordered and when that it is completed work can begin plotting the likely route and changes to local development plans. The most likely date for construction of track on that route would probably be around 2030, according to the prime minister. 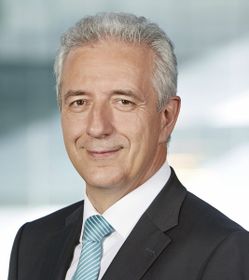 Stanislaw Tillich, photo: Laurence Chaperon, CDU Sachsen, CC BY-SA 3.0 That fast route could be extended to Berlin and Hamburg, and that possibility was due to be broached in a meeting between Sobotka and the Minister President of Saxony, Stanislaw Tillich, on Tuesday.

The second high speed link could be between the capital Prague and second city, Brno. The current route is long and circuitous taking around two-and-a-half hours. There are two versions for the new route: one passing by Havlíčův Brod and the second by Benešov. Then there are a series of branch proposals as well.

A much wider study by the Ministry of Transport on broader high-speed train development in the country was reportedly completed at the end of January and is now being picked over by various other ministries and agencies. It should land in the Cabinet table in March.

As well as those routes, there is also the possibility of speeding up the very slow but scenic stretch of track between Prague and Beroun in the west. This could cut a considerable amount of time off the onward journeys to Plzeň and then towards Munich, Germany.

Altogether, the Czech prime minister shows signs of impatience at the rapidity of progress on these high speed proposals. He has suggested the creation of a special working group which would try to speed up the planning process, perhaps through a special law for priority infrastructure developments or as a modification to the existing construction rules, the route here is not yet clear.