The Czech Republic’s gross domestic product growth could fall below 2 percent this year, according to analysts questioned by the Czech News Agency. Overall, they view the state of the economy as relatively good, with strong consumption and investment levels acting as support. 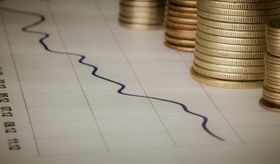 Illustrative photo: Ken Teegardin, Flickr, CC BY-SA 2.0 Economists have been predicting that the growth of the Czech economy will slow down for some time already. However, the question that many ask themselves is by how much.

One factor which makes it particularly hard to estimate growth levels at the moment is the impact of the coronavirus infection which is currently raising concerns across the globe.

Other questions include how much foreign demand will fall, especially when it comes to the automobile sector and to what degree companies will start revising their investment plans, ČSOB economist Petr Dufek told the Czech News Agency.

According to his counterpart from Generali Investments CEE Radomír Jáč, it will certainly be necessary to decrease Czech economic growth predictions for the first half of 2020. While he does expect a revitalisation during the second half of the year, he says he is concerned that Czech economic growth could slow down to around 1.6 percent.

Other analysts tend to agree that the first half of the year is likely to see less growth.

On Tuesday, the Czech Statistics Agency published revised details on Czech economic growth in 2019, showing that the economy’s growth slowed down from 2018’s 2.8 percent to 2.4 percent last year.

The agency’s head of the quarterly predictions department Jan Benedikt told the Czech News Agency that the dynamics of Czech economic growth gradually slowed down in 2019, although they rose slightly by 0.3 percent in the last quarter of the year.

Construction and services fared mostly well, but the level of gross value added in the industrial sector decreased. The main engine of GDP growth was domestic consumption, especially household expenses and investments. 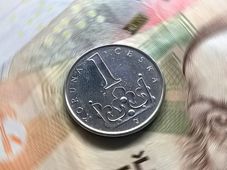