The volume of Czech public tenders may have been decreasing in recent years but the workload they are create for the state competition watchdog is rocketing. The Office for the Protection of Competition would now like to see some changes in the law which could reduce some of the burden and allow it to wrap up cases quicker. Office for the Protection of Competition, photo: Tomáš Adamec The public tenders section of the Czech competition office already employs the greatest proportion of its just over 200 staff. Around 40 percent of personnel are tasked with checking whether tenders have not been ‘tailor-made’ for certain companies and contracts have been awarded fairly.

In the first five months of the year the office launched around 400 new cases dealing with public tenders. That compares with the 668 new cases dealt with throughout the whole of 2013, itself a record year, the 650 cases in 2012 and 530 in 2011. On the face of it, companies are even more willing to use every tool in the box, including the competition office, when times are tough and the value of lucrative contracts are a premium.

Competition office chairman Petr Rafaj said in an interview on Czech Television on Sunday that the office is frequently drawn in public tender cases by companies seeking to get some advantage by delaying and complicating certain contracts. Some complainants, he suggested, might simply be making complaints so that they can, for example, demand a slice of the disputed tender as sub-contractors.

The Brno-based office tried to tackle one aspect of this problem before by demanding payments when complaints were filed with it. The payments, of a minimum 50,000 crowns with the guarantee returned if the case was shown to be founded, were supposed to weed out the spurious complaints but that does not seem to be working.

One change Rafaj would like to see is a clear cut deadline for the complainants to file all proof related to a case with no possibility for supplementary evidence to be sent in late. That, he says, would help the office deal with dossiers in months and not, as is sometimes now the case, in years.

He would also like to see companies which draw up tenders, not the final customer as is currently the case, landed with fines and punishments for flawed work. That, it’s argued, could provide some incentive for the drafting to be improved.

The head of the watchdog also defended himself against accusations that the office has not been active enough against cartels and abuse of dominant position. No major cases in those areas were completed in 2013. Rafaj, says at least two major cases should be wrapped up this year. One case, involves around 20 companies but the chairman refused to divulge the sector, the second focuses on a major telecoms company which allegedly abused its position as one of the main providers of fast Internet connections.

These cases are highly complicated and often took years, Rafaj explained. The already three year old case involving Radim Jančura’s RegioJet passenger rail service against state controlled Czech Railways for abuse of its dominant position on the Prague-Ostrava rail route grappled with Czech Railway’s accounting so that costs could be established for a single route and the complainant also filed supplementary evidence which had to be taken into account, he added. 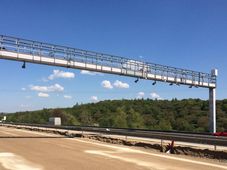 The Austrian company Kapsch has filed another lawsuit against the Office for the Protection of Competition. It accuses the agency of… 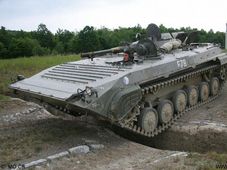