Czech arms companies appear to have fallen on hard times. But the promise of increased defense spending at home and abroad and the fact that companies appear to be circumventing a law aimed at squeezing out the arms middlemen gives them cause to hope for more bountiful bottom lines. 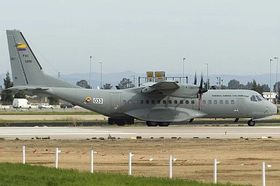 Photo: Czech Army ‘To give arms to all men who offer an honest price for them, without respect of persons or principles…’ Those words spoken by arms dealer Andrew Undershaft in George Bernard Shaw’s play Major Barbara, which made its debut just over a century ago, could sum up an ideal world for the so-called defense industry today. But the business is not quite so simple.

Armed conflicts and tension can obviously boost the business but global unrest can also make conditions for the self-respecting arms company more difficult as well. Take the example of well publicized Czech arms company Omnipol, present as a middleman in many major contracts in the country over the last decade and owner of a series of daughter companies straddling the civil and defense sectors.

Just a couple of years ago Omnipol was complaining that the tough Czech regime on export licenses to many of the countries affected by what become known as the ‘Arab Spring’ had ruined its good business prospects in some of those locations. European countries, including some of the biggest such as France and Germany, with a friendlier policy on export licenses for the arms companies were stepping in to meet demand, it added. What impact the more pragmatic Czech foreign policy has had here is not fully clear.

One thing is evident, the blockbuster and scandal tainted Czech contracts, such as the CASA transport planes and Pandur vehicles, that benefitted the likes of Omnipol and rival Czech arms company MPI Group four or five years ago don’t seem to be around for the moment. Omnipol, one of the few Czech arms companies that makes its public annual financial results, had one of its worst years ever in 2013.

The Ministry of Defense coffers have been pretty much exhausted by the past run of spending on previous dubious projects at a time when its budget was one of the biggest targets for government cuts. And the ministry itself was set to shake-up its procurement procedures after ditching in 2011 a strange Czech law that made arms company middlemen such as Omnipol obligatory for army purchases with foreign companies.

But don’t cry too soon for the arms companies. The current crisis in Ukraine and fact that the Czech army faces a steep upward curve in spending from 2015 just so that it can meet some of its basic NATO obligations means that the good times might once again be around the corner. Prime Minister Bohuslav Sobotka has promised that Czech defense spending will rise again from its rather dismal current level hovering above one percent of Gross Domestic Product (GDP) backs towards the two percent GDP target that the NATO alliance regards as a the respectable level of payment for members of the club.

And there is some other good news as well for the arms companies, the change in the law that was supposed to pave the way for the Ministry of Defense to approach foreign companies directly and get bids for goods and services appears to be being frustrated by the arms companies themselves. Foreign companies have come in several recent instances to the ministry with the message that they won’t make an offer because the business has to go through their Czech contractor or middleman. ‘Sometimes foreign companies are telling us that they want the business to go through the company representing them in the Czech Republic, so the middlemen continue,’ Ministry of Defense spokesman Jan Pejšek told Radio Prague. 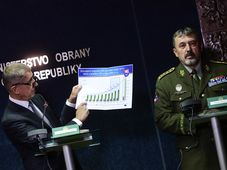