Almost every fifth domestic company faced a cyberattack last year, a rise of 20 percent year on year, according to data released by the Czech Statistical Office (ČSÚ). The most common form of cyberattack was a distributed denial-of-service (DDoS). 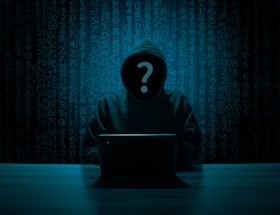 Photo: B_A, Pixabay / CC0 DDoS attacks aim to disrupt normal traffic of a targeted server, service or network by overwhelming it or its infrastructure with a flood of Internet traffic.

Hackers also often deployed extortion programs known as “ransomware” that make data or even an entire system inaccessible until the attacker is paid off, often using an untraceable cryptocurrency.

Nearly 1 in 3 large companies and 1 in 4 medium-sized ones experienced a DDoS attack. Furthermore, 1 in 5 of companies faced data destruction or corruption.

According to experts, cyber threats are not only attacks from the outside, but the employees themselves can pose a risk, whether intentional or otherwise, the news agency ČTK reports.

“Reported incidences of cybercrimes in the Czech Republic is growing by about 20 percent year-on-year, but the real figure is much higher,” Tomáš Kubíček of the BDO consulting company is quoted as saying. “The most serious threats are generally the destruction or damage of company data, which last year affected nearly a fifth of large companies.”

According to Jakub Kejval of Bureau Veritas, hackers in the Czech Republic primarily target medium and large companies, including hospitals, as in a recent high-profile incident.

At the global level, the dramatic increase in cybercrime stems from the popularity of the Internet of Things, Kubíček told ČTK. Last year, the number of computer attacks on connected devices increased by 600 percent.