For the most part being a supervisory board member on a Czech state company looks like a highly paid form of pre-retirement pension for politicians who’ve past the sell-by date. The demands are light and the rewards relatively high. But the latest controversy over supervisory boards fails to address the main problems. 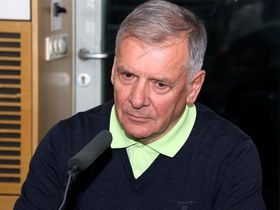 The Czech two tier model of corporate governance is the same as Germany’s, where the executive boards deal with the day to day running of firms and the supervisory boards act as the safety net looking over their shoulder. But Kulhánek was fully aware that for all the structural similarities that system that seemed to work efficiently in Germany did not in the Czech Republic.

Supervisory bodies Czech-style were a mere formality and the result of political horse trading with board members frequently having no clear qualifications, other than political party affiliation, for their posts. They turned up on time to periodic meetings but in no way carried out their basic supervisory mandate, he said before launching his probe. The problem holds good not just for companies where the state has a share but also the many firms where city, town councils, and regions also have major interests.

Kulhánek’s recommendations six months down the line when his report was finished were slightly less critical, but they nonetheless called for leaner, more professional, supervisory bodies and a scale of remuneration related to the size of the company board members were covering. The possibility of higher payments for board members appeared to kick the whole report into the long grass.

Recent scandals over the functioning of state export insurer, the state export bank, and a series of past contracts at power giant ČEZ and the ongoing repercussions of a major scandal at fuels distributor Čepro bear ample testimony to the fact that supervisory boards reverted quickly to their business as usual format.

The political horse trading over such posts was perhaps most visibly exposed by the former centre-right coalition of Petr Nečas when he sought to place party rebels over tax changes on state company boards at the start of 2013. He defended the move as normal practice.

Some of finance minister and ANO leader Andrej Babiš’ latest nominations in his bliztkrieg move to change the board of Czech power giant ČEZ appear to have some merit. One nominee, Jiří Borovec, is a former top boss at Čepro and former manager at ČEZ, who reportedly quit the company because of conflicts over the sale of some of the company’s strategic subsidiaries for what appeared to be a knock-down price.

Another, Jiří Tyc, is actually a ČEZ employee at the Temelín nuclear power plant and narrowly missed on being elected to parliament for ANO. He had already been cast as the party’s energy expert. Some of the Babiš nominations at other state firms give the impression that the new members will at least be able to read and understand the company accounts.

But the overall drift of the ANO leader’s clean out and refilling of supervisory boards appears to the argument that his party should be given free rein to direct affairs at the ministries under its control and the state companies and institutions answerable to them.

That argument already surfaced in a different form when Andrej Babiš tried to block other parties from nominating deputy ministers at the finance ministry. And now, as then, it looks like Babiš will have to make a strategic retreat. The frequent perfunctory performance and generous remuneration of supervisory board members looks like being a feature for some time to come.