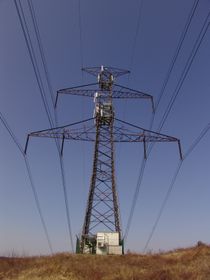 Photo: Miloš Turek The headline figures are full profit for the year of 14.6 billion crowns, which rose to 19.6 billion crowns after all exceptional items had been cleared away. Both figures represent a drop of 29 percent on the corresponding outcome for 2015.

ČEZ, like its European counterparts, continues to be hit by falling electricity prices, though the Czech group claims to be withstanding the downturn a lot better than its peers, especially its German counterparts. Electricity production was slightly ahead of the 2015 figure last year, but only after a large boost in coal-fired and gas-fired power production to offset the shortfall from its two nuclear facilities.

The prediction for the 2017 net profit is made within a broad range of between 12 billion and 17 billion crowns. The main factor playing a role here is whether ČEZ decides to cash in its bonds in the Hungarian refinery company MOL, making a clear profit of around 4.8 billion crowns as a result.

Another influence on the outcome for this year could be the sale of the Počerady coal fired power plant to Czech coal and energy company Vršanská Uhelná. ČEZ boss Daniel Beneš says talks are ongoing and he hopes for a result, whether or not to sell, this year though maintains there are no deadlines involved.

For the rest of 2017, ČEZ hopes to see business more like usual from its nuclear plants, which were disrupted by a series of shutdowns in 2016. The fact that Dukovany and Temelín might be back to something like normal service should push up over electricity production from so called traditional power plants (mostly nuclear and coal) this year to 64 TWh from 2016’s 59.5 TWh, an increase of around 7.0 percent.

The bad news though is that ČEZ’s forward sales of electricity for 2018 and 2019 still testify to weak power prices. The average price for electricity already sold for next year is 29 euros/MWh. This climbs a bit to 29.5 euros/MWh for forward sales for 2019, but the steep rise to 34.5 euros/MWh only comes in 2020 and that is based at the moment on only 16 percent of the earmarked production capacity being sold.

As a result, ČEZ continues on its diversification trail offering services to large companies and households alike as the new phenomenon of a decentralized energy market increasingly takes shape. The company is also continuing to look at boosting its presence on the renewables market, especially by wind power parks and plants in Germany. One or two projects in France, where ČEZ, has hitherto not been present are also said to be promising and possibly nearing the completion of deals. On the other hand Poland, where a series of new laws penalising renewables and investment in the sector, have been put in pace, has fallen from favour as a possible expansion location.

Britain also looks out of favour in spite of the continuing high wholesale power prices there. ČEZ’s increasing confidence in developing and sealing projects in Germany is one factor, the other is the extra uncertainty called by Brexit to the overall investment picture there.