The supervisory board of the Czech Republic’s biggest power company, ČEZ, flexed its muscles Thursday and rejected a proposal back by management and three independent advisors to sell the company’s biggest coal-fired power plant. 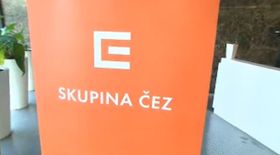 Photo: ČT24 It represents a fairly rare slap in the face for ČEZ bosses who had recommended the sale, reportedly for around 10 billion crowns, to an offshoot of Czech mining and power company Czech Coal.

The supervisory had already signalled that they were lukewarm about this deal focused on the 1,000 MW capacity power plant. They had last month delayed a decision on the sale arguing that they needed more time and details about the transaction.

But while it’s a rebuff for ČEZ bosses, who have often been the target of criticism from ANO leader and likely outgoing finance minister Andrej Babiš, who has made his own appointments to the supervisory board, it’s a bigger blow for Czech Coal. The Počerady plant is supplied by Czech Coal’s brown coal, or lignite, mine almost on the doorstep and it would make a lot more economic sense that the Chvaletice power plant it bought off ČEZ back in 2013. 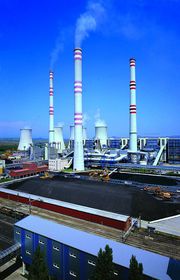 Počerady plant, photo: ČEZ There was, however, a major question about the Počerady plant and that focussed on how long it would have been able to operate, even after an expensive refit and modernisation, given European Union climate change goals which will be increasing pressure for the phase out of such coal-fired plants.

There again though, that does not seem to have been much of a worry for another Czech energy group, EPH, which has pushed ahead and last year concluded a major deal with the acquisition of Swedish Vattenfall’s mostly coal fired power production portfolio in Germany.

ČEZ explained in its press release Thursday that the sale conditions had been backed by three independent analyses, from Deloitte, KMPG, and Erste Corporate Finance. It added that the ‘no’ from the supervisory board had been prompted by uncertainty about the future of brown coal as part of Europe’s long-term power production mix. ČEZ’s long term strategy of phasing out its coal-0fired power plants and becoming a carbon neutral company by 2050 still stands, it said.

It was reportedly, however, the short term power and coal price outlook that encouraged ČEZ bosses to back the sale. Coal prices have generally been flat, electricity prices are not seen rising strongly in the next two years, and the European carbon price, intended to punish polluting coal fire power plants, is at a very low level indeed.