Air traffic over the Czech Republic, which is one of the densest in Europe, has dropped for the first time in a decade, the Czech news Agency reported on Friday. The number of take-offs, landings and flyovers in 2018 dropped by 0.6 percent on the previous year to 906, 666 airplanes. 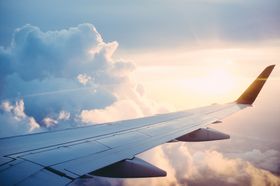 Photo: Free-Photos / Pixabay, CC0 A drop in air traffic over the Czech Republic was last recorded in 2009, when it was negatively affected by the global economic recession. The current slow-down is caused by capacity problems in neighbouring countries.

According to Jan Klas, head of the country’s Air Navigation Services, Austria and Hungary are facing the biggest capacity problems. The air connections, that normally led across these countries and continued over the Czech Republic, had to be re-routed to the Balkans and Poland.

As a result, the Air Navigation Services have lost some lucrative flights, for instance those operated by Airbus 83. On the other hand, a number of flights from Germany, which has also reached capacity limits, were rerouted to the Czech Republic.

Mr Klas also told Hospodářské noviny that the grounding of the Boeing 737 MAX due to safety issues had little effect on the current situation.

The Czech Republic’s Air Navigation Services have also recorded a drop in the rate of delays. Last year, the average delay was 0.27 minutes per flight, which is 44 percent less than in 2018.

July was traditionally the busiest month in terms of air traffic, with over 95, 206 flights. The densest traffic was around Prague’s Václav Havel Airport, which recorded 154,485 flights, a 0.5 drop on the previous year.

The overall number of incoming and outgoing flights on the country’s airports controlled by Air Navigation Services, which include Prague, Brno, Ostrava and Karlovy Vary) reached 230, 458.The biggest customer using Czech airspace was German air carrier Lufthansa, followed by Wizzair and Ryanair. 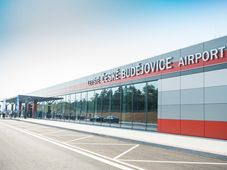 The long-term modernisation of České Budějovice Airport in South Bohemia has been completed, regional authorities announced on Thursday.…