Jan Balabán: some kind of answer

The major literary event of last year was a sad one. One of this country’s foremost writers, Jan Balabán died in his sleep at the tragically early age of 49, a huge loss for the Czech reading public. On the occasion of what would have been Jan Balabán’s 50th birthday, David Vaughan looks at his work, and talks to his brother, the artist, Daniel Balabán. 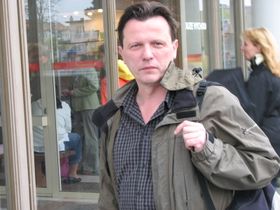 Jan Balabán I only met Jan Balabán once, when he was at a book festival in Prague reading from his short stories. He was different from most of the other writers there, bringing with him something of the rawness and ruggedness of his home town, the industrial city of Ostrava. And there was also something of the Old Testament prophet in him, a certain austerity and moral authority that we find reflected in his novels and stories too. Most of Balabán’s characters are ordinary people, more often than not from the grey, often bleak environment of Ostrava. His stories capture critical moments in their lives, moments of crisis or impossible decisions, sometimes even death. And his characters have a habit of reemerging in different stories, creating threads that bridge his work. As one critic puts it, “his novels seem to break down into short stories while his stories do the opposite, coming together in clusters.”

Industrial city of Ostrava Very little of Jan Balabán’s work, which amounts to three novels and numerous short stories, has been translated into English, but here are a few lines from “Child on Fire” a story which appears in an anthology of writing from Central Europe, published in 2007. The scene is a hospital, where the little girl Catherine is clinging to life:

The sky behind the large, curtainless windowpane is jet-black, yet it is already morning. It is the moment when the night sinks to zero and the day begins from number one. Catherine can imagine this. With her inner eye, she can see a line of numbers, as if written on a blackboard with chalk, but there is no chalk, no blackboard, and the numbers are hovering in the air where there is no air.

The little girl’s father comes to visit her on the ward:

"How about a fairytale?" Cathy nodded. Beyond the window, it was sleeting. The ward was silent again, as on any other day. He was telling her a favourite story about people who were chased out of their beautiful, seaside home by an evil emperor. They had to cross desolate plains with herds of antelopes and wild horses, where they were threatened by cruel nomad tribes, and they didn't stop until they reached the foothills of the mountains in the north. For the first time they saw snow, which was falling from black clouds above rocky peaks. They advanced through a valley of tall spruce and fir; from the shadows under the trees, reindeer and moose were watching them, and in the dark, the eyes of lynx, wolverines and snow lions were gleaming. They had never seen so much horror and so much beauty … He did not even know if his daughter was listening to him. Her expression was concentrated, as if she were thinking hard about something, or she were counting something again. How many horses, how many dogs, how many spears, how many axes, how many trees will it be necessary to cut down for the construction of the house, how many logs must be prepared for a long winter, how much meat must be hung … 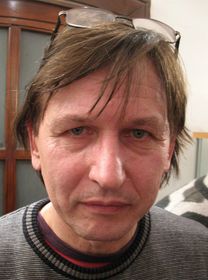 Daniel Balabán, photo: David Vaughan To talk about Jan Balabán’s life and work I spoke to his brother, Daniel Balabán, who is well known in the Czech Republic as a visual artist. He looks very much like his brother, and like Jan, he lives in and draws inspiration from their home city of Ostrava. He told me that they have much in common.

“Even though he was a writer and I am a painter, what we both have in common is a stress on meaning in art. He wanted his novels to have some message. The same is with my pictures – not only an aesthetic quality, but a message.”

“Maybe my brother was a little old-fashioned, like a priest, because we grew up in a Protestant family and it was very formative for us – the explaining of the Bible each evening during our youth. Of course, when we were 20, we rebelled against our parents, but something remained in the structure of our further work.”

Ostrava And that was combined with a very specific sense of place, because you come from Ostrava, which has a very different atmosphere from Prague. It’s a big industrial city, very grey, with a lot of people who are living in poverty or on the borders of poverty; people who have very difficult lives. That was certainly very central in your brother’s writing, wasn’t it?

“Yes. Ostrava is quite a young town or city, from the 19th century, that was developed not due to people, but due to industry. People came from various parts of the republic and from foreign countries to Ostrava, and had no roots there. So what is very typical is a feeling of life without roots. There is a sense of no guarantee in Ostrava. It’s quite different from Prague, for instance. Prague has a long history, a very big, structured culture, and Ostrava has nothing like that. But it’s very interesting as a meeting place of people from different parts. It’s not so cultural, not so aesthetic. It’s quite raw. And it’s the same with our work, my brother’s novels and my pictures. They’re not so aesthetic. They are a bit raw, ugly.”

It’s interesting that you say that, because I find that the way your brother describes people who have really very raw lives is actually very aesthetic. There is also a very strong spiritual or even religious element, even though it is not always explicit – all set in a very raw context, stripped of all the kitsch of a pretty place like Prague.

“Yes. But one thing is the family that appears in the novels of my brother, another thing is the environment with all the drunk people, not very successful in their lives. But he is a sort of minister, giving some questions, and in those questions can find, perhaps, some kind of answers. The question is at the same time a bit of an answer.”

Here is another short extract from the short story “Child on Fire”. The father is standing by his sick daughter’s bed. He has finished telling the fairy tale, and the little girl asks how many numbers exist in the world:

"There is an infinite number of numbers," he said, drawing with his finger a large recumbent eight on the blanket. "And what does that mean?" "It means that after the last number in the line, there is always another one."
"And after that there is another," the daughter added. "And so on and so on." Her father nodded. The child smiled. Her satisfaction was because she had understood that that tiny hair of time left to them was equal in length to all the time in the world.

“The moment of crisis is very important in his and even in my work, because the crisis is not only a bad, adverse thing. The crisis is the point of looking back and thinking things over, and deciding what to do – looking for some new perspective. And from such a view the crisis can be a very pregnant moment.”

You are a visual artist and your brother was a writer. Quite often the interaction between these two worlds is very limited. So how was it between you and your brother? Was it complementary – the fact that you were working in two very different media? 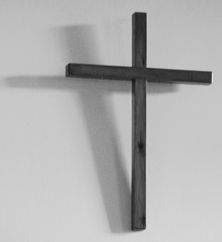 There is a kind of asceticism in his writing, which does seem very Protestant…. 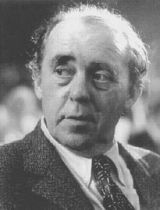 Heinrich Böll There’s also something almost intrinsically political, especially in today’s capitalist Czech Republic, in writing about working class people, poor people, and writing with such deep sympathy, as he does. Was your brother also a political writer in the sense that parallels have been drawn sometimes with a writer like Heinrich Böll, who was a writer of the left?

“He didn’t write about politics in his writings, but I think that his affection for the poor, for outcasts, who are on the edge, the periphery, of society, was not only political or ‘manifestative’, but it was because he identified himself with them. He felt better with them than he felt with people from high society, clever people, cultured people, people who have many masks and prejudices.”

And are you the same?

“I’m the same. I also have better relations with normal people from the street, than with art historians and people from high society.”

The death of Jan Balabán in April 2010 was a huge loss to the literary life of the Czech Republic, but I have little doubt that, unlike most of his generation of writers, Balabán will still be read in many years to come. And I hope that, before long, more of his work will be translated into English. In the meantime you can find a couple of fragments at the Czech Literature Portal website:
www.czechlit.cz/authors/balaban-jan/author.ukazky The joys and sorrows of this year’s Magnesia Litera awards

Jan Balabán’s novel Zeptej se táty, or Ask Your Father, has won the Magnesia Litera award for the book of the year 2011. The author…