In Czech Books this week we hear the second episode in our serialization of Jaroslava Skleničková’s moving autobiography, “If I had been a boy, I would have been shot…” We continue with Jaroslava’s account of the dramatic events that led to the destruction of her home village of Lidice. Extracts are read by Veronika Hyks and introduced by David Vaughan. 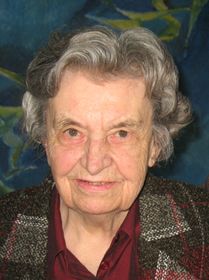 Jaroslava Skleničková In the first reading we heard about Jaroslava’s quiet childhood in Lidice. Here is the story so far. Her father is a chef, and when he meets Anna, a pupil on his cookery course in Prague, it is pretty much love at first sight. Before long they are married. Tragedy strikes when their first son dies just a few days after he is born, but they go on to have two daughters, first Míla and then Jaroslava – or Jáří as she is known in the family. In Lidice, Jáří grows up with several close friends and in winter they sledge in the valley that is straddled by the old village. In her early teens, Jáří is sent to a Catholic boarding school in Prague, and it is at this time, in March 1939, that the Nazi occupation of Czechoslovakia begins. At first things carry on more or less as normal, but all this is soon to change. We pick up the story at the end of 1941. Veronika Hyks reads the second episode of “If I had been a boy, I would have been shot…”. 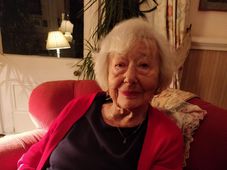