The Grandmother by Božena Němcová is an iconic work in Czech literature. The novel about an idealized rural community in the early 19th century, written in the days of the national revival, marks the beginning of Czech prose. First published in 1855, it has been reissued 300 times and translated into numerous languages to reach readers the world over. 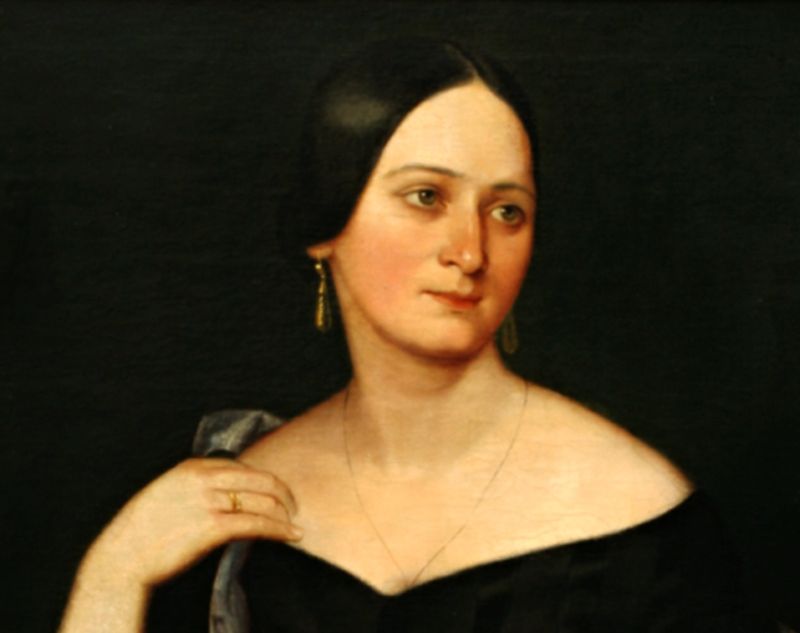 “It was long, long ago, when last I gazed on that dear face, kissed those pale, wrinkled cheeks, and tried to fathom the depths of those blue eyes, in which were hidden so much goodness and love. Long ago it was when, for the last time, those aged hands blessed me.”

When Božena Němcová drew on her childhood memories to pen her novel Babička –The Grandmother - she could never have foreseen that the book, written for her own consolation soon after the death of her son, would become one of the pillars of Czech literature, a book that every Czech knows and that has been translated into twenty-one languages to reach readers the world over.

Babička is a romanticist novel depicting life in 19th century rural Bohemia as seen through the eyes of a young girl. The central figure is the kind, wise and God-fearing old grandmother who comes to look after her grandchildren, a figure respected in the family and the village, who by example, and the many stories she tells, educates the children in the ways of the world.

Božena Němcová in 1853, photo: Public Domain Full of nostalgia for a time when her life was not beset by problems and when she could turn to her grandmother for comfort and advice, Němcová based the book on memories of her childhood and the place where she grew up.

She takes readers to a world that is comforting in its simplicity and predictability. Each day brings its small joys and sorrows, rites of the season and traditions. It is a simple life in a structured world where everyone and everything has its place. Rajendra Chitnis, Associate Professor of Czech at University College Oxford, says it is important to recognize the work for what it is, not to expect an elaborate plot but simply enjoy the descriptions of everyday country life in the 19th century.

“It shows a very small world; it’s a very idealized world where essentially people look after their own, where strangers are not particularly welcome and are bad news when they come. What I see in it is this return to a kind of nationalism, a conservative view of the world–the rich man’s in his castle, the poor man’s at his gate.

“In a nutshell –the grandmother –the title character -comes down from her home in the mountains to look after her grandchildren because their parents are travelling in the service of the local aristocrats. So that’s the plot, as such, and each chapter is described as a picture of rural life. It shows you the changing seasons, the traditions, the activities that accompany each changing season and then there are episodes that happen, often somebody will tell a story about something that happened some years before. So you really need to immerse yourself in that and enjoy that.” 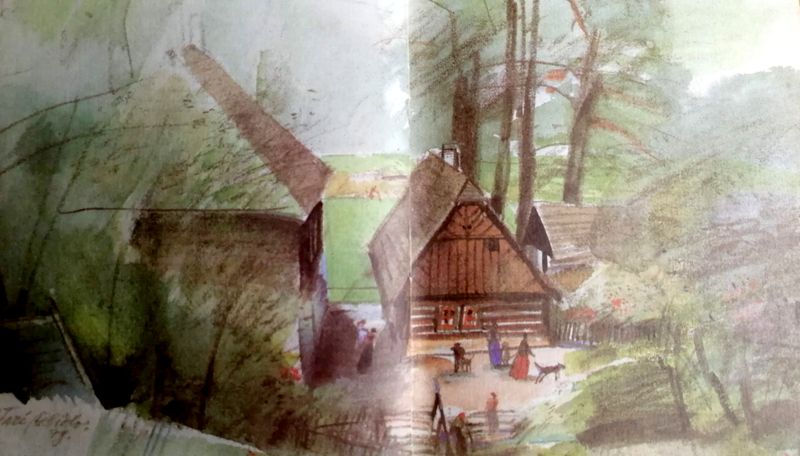 “The first thing of which Grandmother assumed full charge was the baking of bread. She did not like to see the servants handling "the gift of God" without any reverence or ceremony. They never signed it with the cross, either before or after taking it out of the oven; they handled it as if the loaves were so many bricks. When Grandmother set the sponge, she blessed it, and this she repeated each time she handled it until the bread was placed upon the table. While it was rising no gaping fellow dared come near it lest he should "overlook" it and make it fall; and even little Willie, when he came into the kitchen during baking time, never forgot to say: "May God bless it!" 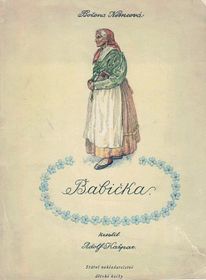 'Babička', photo: SNDK Although the way of life depicted in the book is far removed from our present -day lifestyle some of the rituals and chores depicted in the book may bring enjoyment to people who have embraced the “back to Nature” trend and are opting for a life of voluntary simplicity. The Grandmother is a slow-paced novel with a strong emphasis on people’s link to Nature and respect for what they get from it as well as getting enjoyment from the simple things in life.

It also provides considerable insight into the lives of women from different strata of society in the 19th century - as Rajendra Chitnis points out.

“What I think I like most about it now is that it is unusual for a book written in the 1850s to focus exclusively on the emotional lives of women. The main characters in it are female and it is really all about the choices they make, in love, particularly, and once you start thinking about them, make comparisons, and then remember that it is all being watched by this 12-year-old girl –the author as a girl -and think about her choices and the life that she has led –exploring it from that point of view is most rewarding now, I think.”

Although the Grandmother is portrayed as a wise old woman, who gives the young advice in love, the book contains memories of her own hopes and passions many years earlier.

“She sees before herself a meadow, a mountain village, above her the moon and glittering stars; they are the same stars, the same moon, ever young, never changing, and eternally beautiful. She, too, was young when on that St. John's eve she made that fatal wreath of nine kinds of flowers. She sees herself in her chamber, she sees her bed covered with the flowers, she remembers how she placed the wreath under her pillow, how fervently she prayed that God would send her a dream in which she should see him whom her soul had chosen. Her confidence in the fatal wreath was not misplaced: she saw in her dream a tall man of bright, candid expression, whose equal, in her eyes, was not to be found in the whole world.”

As a Czech classic The Grandmother is part of the school curriculum and is often read aloud to young children. In addition to it being a world far removed from the present day, the language is not easy on children’s ears, containing many archaisms and regional expressions which they are unfamiliar with. So is it a book for adults or children and is there a parallel to it in world literature? Rajendra Chitnis again:

“I think it is a bit like Dickens’ Christmas Carol which all British readers know, but in a similar way to the way Czechs know The Grandmother these days; most people don’t actually read the Christmas Carol but they know it from films and because they have to talk about it at school, but that’s more about the status than the similarities in the plot.”

Is it a book for grown-ups or for children? 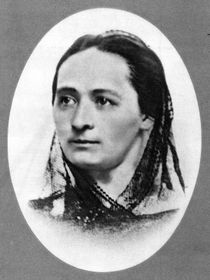 Daguerreotype of Božena Němcová in 1850, photo: Public Domain “Definitely for grown-ups and I think that part of the difficulty I found when I talked to Czechs about it is that they read it when they are quite young and I think it is a book that was written by an adult at a very difficult time in her life and you need that sense of time and nostalgia for childhood to really appreciate it. Obviously, when you are a child you are not yet nostalgic for it. So I know it is hard for children to understand it. Some of it is quite childlike in the way it is written, but I think you need that perspective as an adult. “

Babička first came out in 1855 and has seen more than 300 reissues since. It has been translated into 21 languages. The German translation appeared that same year, the French one in 1881 and the book appeared in English at the turn of the century in the United States. Since then it has been translated into Arabic, Japanese, Chinese, Spanish, Portuguese and even Bengali, among others. In 1954 it was published in Braille. So what is so special about this work? Rajendra Chitnis again:

“I think that the reason that it is important is that it is seen as the beginning –the traditional beginning of modern Czech literature, you know where everything comes from…it all seems to go back to this book. You can’t really write about a grandmother, or mother or step-mother without being compared to Němcová’ s The Grandmother. It has got this sort of national importance. Somehow there is a feeling that the whole nation is encapsulated in the way this book is written and the ideas of it.” 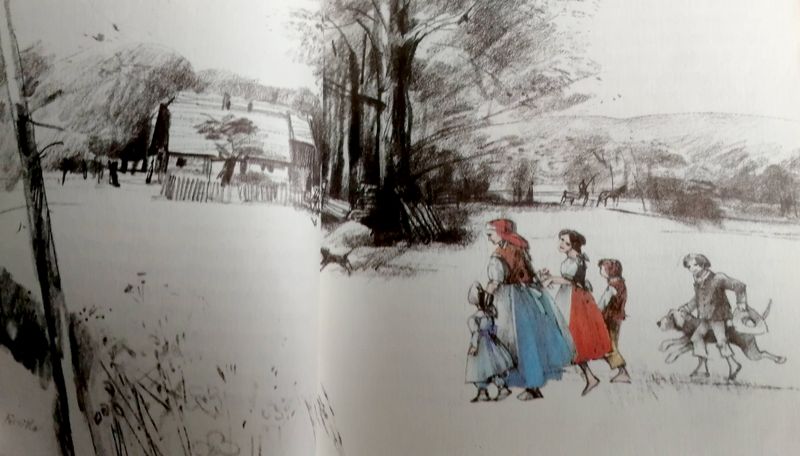 “Grandmother knew she had not many days to live; therefore, like a good housewife, she set her house in order. First she made her peace with God, then she distributed her little property. Each one received a keepsake. For all who came to see her she had a kind word, and when they left, her eyes followed them till they were out of sight. Even the Princess, with the son of Hortense, came to see her, and when they were leaving, she looked long after them; for she knew she would never see them again. Even those dumb brutes, the cats and dogs, were not forgotten. She called them to her bed, caressed them and allowed Sultan to lick her hand. "See to them," she said to Adélka and the servants, "for every creature is grateful for kindness." But Vorsa she called to herself and said: "When I die, Vorsilka,—I know my time is near at hand, for I dreamed last night that George came for me,—when I die do not forget to tell it to the bees, so that they will not die out! The others might forget."

Towards evening of the day following the children's return, Grandmother was quietly passing away. Barunka read to her the prayer of the dying, she repeating the words after her. Suddenly the lips ceased to move, the eyes were fixed upon the crucifix hanging over the bed, the breathing stopped. The flame of life went out like a lamp in which the oil has been consumed.”

Božena Němcová (February 4, 1820, Vienna – January 21, 1862, Prague) was one of the most influential Czech writers of the final phase of the Czech National Revival movement. She was born in Vienna, the daughter of coachman in the service of the local nobility and a maid of Bohemian origin. There is speculation that her parentage was possibly noble, though she was raised among the household servant class.
In her childhood she lived in the village of Ratibořice, where her grandmother played an important part in her life. Němcová would later write her most famous novel with the main character inspired by her grandmother.
When she was 17 years old she was forced into an arranged marriage. Her husband was said to be a rude and authoritative man with whom she was not happy. However, when he was relocated to Prague Němcová came to know several leading writers which inspired her to start writing. The family had 4 children and suffered from a lack of money. Němcová died in poverty, estranged from her husband.
She left behind a small but significant body of literary work, including the famous novel Babička and a collection of folk and fairy tales. 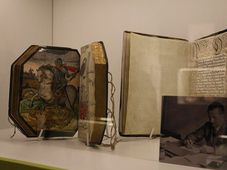 What did famous Czech actors, aristocrats, politicians and scholars write in their books? Who did they dedicate their books to and… 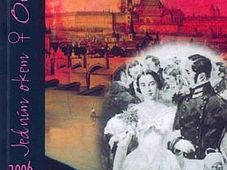 Looking at Czech society with both eyes open