With three books published just last year, Marek Toman is currently one of the most prolific Czech authors. He last spoke to Radio Prague almost three years ago after he published a novel narrated by a building – Černín Palace, seat of the Czech Foreign Ministry. Since then, he has written two other novels closely connected to historical Prague. When we met up I asked him what it was about Prague and its particular districts that inspired him to write whole books about them. 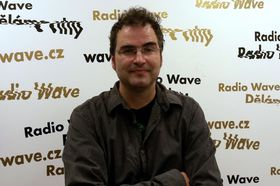 Marek Toman, photo: Karolína Demelová / Czech Radio “For me, it is possibly a little difficult to reply because I’m definitely an insider. So to take it objectively – it is quite difficult. But I can only say that I see some relation between the history of Prague, the history of its quarters and my own life, my own fate, particularly in the case of the quarters I am really personally related to – which are first of all Vinohrady – “Vineyards”, the traditional quarter of Prague bourgeoisie. The quarter dates from the second half of the 19th century, actually, so it’s quite recent, with a very dynamic development and nice architecture, a city plan inspired by Paris and the spirit of a dream of a prosperous life which was troubled by history after 1948 and the communist takeover. And now the city has come back to life again.”

“Well, in one case it’s a building itself, Černín Palace, and in the other case it’s a statue of Neptune, the God of the Sea. The statue really exists, it belongs to a nice villa with a park called Grébovka, or villa of Mr. Gröbe. There is an artificial cave inspired by romantic ideas about landscape and park design and there is the statue of Neptune with such an intriguing grimace on his face that I was somehow compelled to write about him.”

We should say that the novel is called “Neptune’s Cave”. Your latest novel “The Eye of the Shark” is a concise history of this country in the so-called “short 20th century” as seen from several angles that have not been explored in literature as much. One of them is the Czech hobby of leaving cities en masse for the weekend and spending it in the great outdoors. Where does this Czech tradition come from?

“Well, definitely, inspiration came from the Hollywood film industry because it all started just after World War I with three American blockbuster movies of that time, one of them was called “Liberty”, for example. And these were films about cowboys, Indians, wildlife, full of romantic situations and some adventure involved. And surprisingly, for continental Czechs living in a civilized country that became a source of inspiration - to dress up like hunters and trappers, cowboys, Indians and go to the “wild nature” some twenty kilometres out of Prague on a train or on a boat and to live a life in the wilderness.”

And the tradition still goes on…

“The tradition still goes on, even despite all the previous complications given by history, by the Nazis and Communists afterwards. But still there are people who believe in this – you called it a hobby – but it’s something more, it’s like living history today and the people really dress in a certain manner, they have some communities, they stick to some sort of code, and they really live a different life than on workdays.” 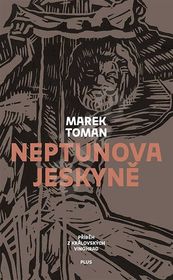 'Neptune’s Cave', photo: Plus publishing So it’s more like a lifestyle…

The novel mixes fact and fiction, real personalities and fictitious ones. Weren’t you afraid that the reader might be confused? Because for someone who does not have a thorough knowledge of Czech history, it might be difficult to distinguish fact from fiction.

“I would say that there is confusion as a core of history. Because I refer in the novel to one very famous photograph, it’s called “Falling Soldier”. It’s a picture taken by Robert Capa in 1936, an utmostly influential picture, but in the last several decades it has also been discussed if it is a fake or not. So this picture which started its life as an icon of a sincere fight for democracy is getting very much troubled. And in this situation we can actually build on this, we can develop our own story, we can imagine how it could possibly have happened and this gives me and my reader the space to fabricate dreams and to see if it works or not – I mean the text which then emerged from all of this.”

One of the real historical figures in the book is the communist journalist executed by the Nazis, Julius Fučík, author of the famous book “Notes from the Gallows”, which we all learned about at school under Communism. Is it still the most translated Czech book ever as one of your characters says in the book? And what was is about Fučík that inspired you?

“Within the genre of reporter or journalist writing it is definitely still the most translated book but Julius Fučík, who is in my country somebody like Ernest Hemingway or who used to be someone like Ernest Hemingway probably, is not really known and discussed today. But it all started with reading “Notes from the Gallows”, because I noticed that there are some suspicious spots in the text where you can clearly see that even though the author wanted to claim something and to probably cover up something, he left some traces. And the book itself is a story of heroism of the author and of betrayal by one of his companions. And well, when he speaks about his companion, the traitor, I could clearly see that there is something more about that, that probably the author would like to cover up, to hide some real story and that was for me the starting point – to find the real story behind this iconic text, the same case as with the picture “Falling Soldier” by Robert Capa.”

“Well, definitely, I write about stories which are very much intriguing for myself, so it starts really with a personal fascination. Then I write about stories that are more or less clearly defined, speaking of good and evil, good and bad, so the iconic moral stories of history. But then I try to complicate it a little bit and I bring in the human aspect to the story, I bring some problems, I start a different narrative about the old, cemented, well-known story and I create a different one.

You seem to like meeting your readers. You perform the staged version of your children’s book “Squinty Jim’s Café” and you also organize walks around the districts of Prague you write about. Do you think it’s useful for authors to once in a while leave their desks and meet their audiences?

“For me it’s not only about the promotion of the books, it’s also as you have said about meeting the people because I really try, I test the text and when I send my emotion to the audience, I am really waiting for the wave which might come back, but which also might not. So I’m really waiting for some proof that people are on the same wave and if this happens, I am happy and I hope that the same applies for the text itself.” 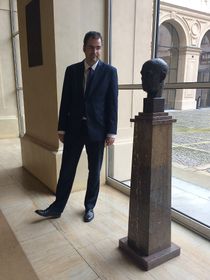 Marek Toman, photo: Pavla Horáková And can you use this experience further in your writing?

“I think it’s a part of the same bunch of emotions and morals and ambitions, so I think that I’m physically doing the same as when I am writing, when I would also like to move the people, to get them interested, to make them angry maybe, to make them laugh, cry and so on.”

You have a radio background yourself. Did it somehow influence your writing career, apart from direct inspiration for one of your books? Or do you consider writing for radio and writing books just two aspect of the same job?

“Well, they definitely have something in common, radio journalism and writing fiction, because in both cases you are not directly talking to your audience. There is some barrier. On the radio, you are just talking to a black hole, as we call it, probably in English as well, or there is maybe some other saying. And it’s similar with literature, you also don’t know, you have to hope that you will somehow be able to transform your own energy or feeling through the text. So it is very similar, despite the difference given by technical means. 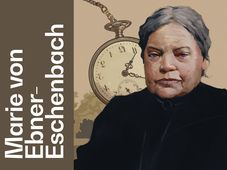 One of the most important German writers of the 19th century. Patrik Ouředník’s 2001 book Europeana: A Brief History of the Twentieth Century is one of the shortest and most fast paced histories… 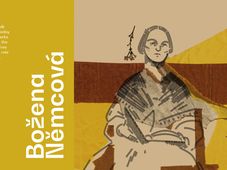 Writer, collector of fairy tales and folk tales, and author of The Grandma, today still considered one of the classic works of Czech…